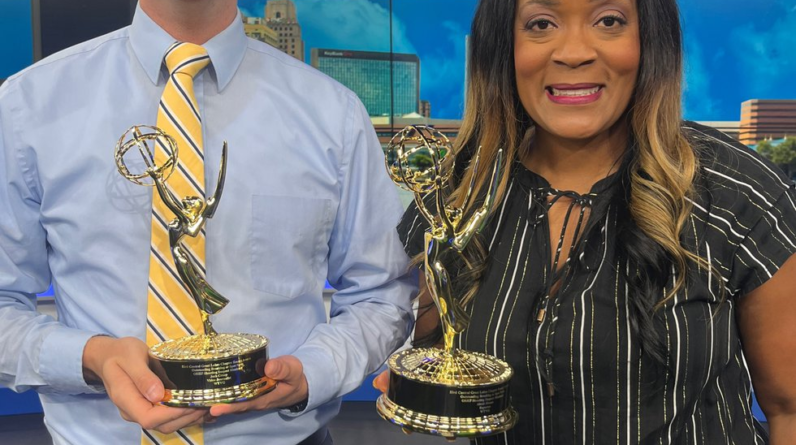 TOLEDO, Ohio (WTVG) – 13abc is honored to win an Emmy Award from the Great Lakes Chapter of the National Academy of Television Arts and Sciences.

13abc’s Alexis Means, Josh Croup and former 13abc photojournalist Todd Gaertner won Emmys for breaking news/spot coverage for their reporting on the manhunt for a suspect now convicted of shooting a police officer the OSHP in October 2021.

This award marks the second Emmy Award for Alexis Means, who has also received multiple Emmy nominations from the academy. She is a decorated journalist who has also been awarded an Edward R. Murrow Award, considered one of journalism’s highest achievements, which she also won alongside Todd Gaertner. Gaertner has moved on to work as a photojournalist in Chicago.

Means was featured in The Sojourner’s Truth publication for his latest hit. You can read it here.

This award marks Josh Croup’s first Emmy win. He is also a decorated journalist, having been named Reporter of the Year by the Ohio Associated Press Media Editors in 2021 and Best Reporter by the Virginias Associated Press Broadcasters in 2020 and 2019. He has received numerous other AP awards.

13abc’s Josh Croup and Alexis Means received their Emmy Awards on July 14, 2022 for their breaking news coverage of a manhunt for a suspect now convicted of shooting an OSHP officer on the 7 of October 2021.(wtv)

See a spelling or grammar mistake in our story? Please include the title when you click here to report.