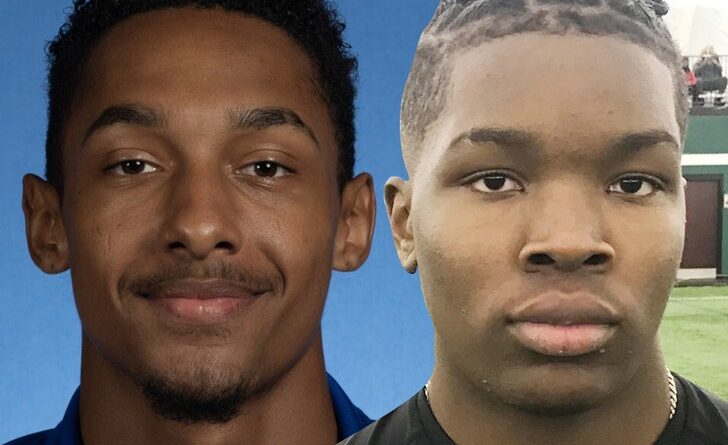 Caleb VanHooser i Christian Eubanksplayers on the Indiana State University football team, were tragically killed in a car accident over the weekend … according to multiple reports.

“There are no words to express the depth of our sadness at this tragedy,” said school president Dr. Deborah J. Curtis. “We send our condolences to the family and friends of the students involved. The Sycamore family is grieving and will support each other in this time of grief.”

VanHooser’s former school, Lakota East High School, confirmed the tragic news of his death… writing“It is with (a) heavy heart that we mourn the loss of former Hawk senior and Indiana State football player Caleb VanHooser who was called home to heaven this morning.”

“We will never forget his contributions to our program. RIP #2. We love you.”

Our hearts, thoughts and prayers go out to the families and everyone involved in this tragic accident! https://t.co/cGkvvbLevc

The Vigo County Sheriff’s Office says the crash happened around 1:34 a.m. Sunday. according to WHHR … when a vehicle traveling on State Highway 46, not far from the ISU campus, left the road, struck a tree and caught fire.

VanHooser and Eubanks were 2 of 5 people trapped inside the vehicle, which was engulfed in flames when first responders arrived, according to the outlet.

VanHooser and Eubanks were freshmen at ISU.

Once news of VanHooser’s death circulated on social media, hundreds of people wore white and blue gathered at Memorial Stadium to pay their respects.