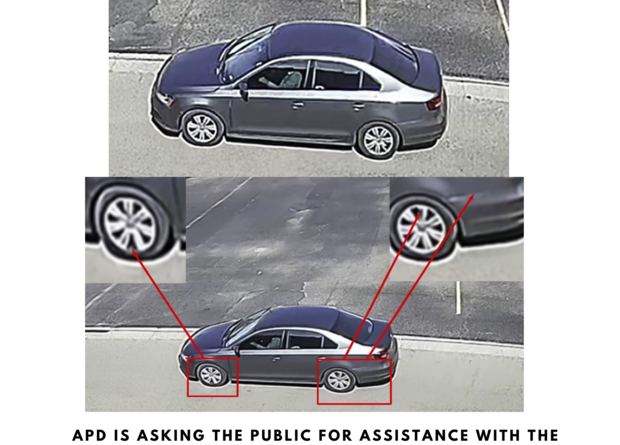 Police in Albuquerque, New Mexico, are asking for the public’s help in locating a dark-colored sedan suspected of being linked to the murders of several Muslim men who were ambushed and shot in separate incidents.

At a news conference Sunday, Albuquerque police asked anyone with information about a dark-colored four-door Volkswagen, possibly a Jetta or Passat, with tinted windows with possible damage to contact the police “as soon as possible”.

“We’ve learned some things about what happened, we’ve had some leads,” Keller told reporters Sunday. “We have a strong lead, a vehicle of interest. We don’t know what it’s associated with or who owns it.”

“As with the previous three murders we mentioned on Thursday, there is reason to believe this death is related to those shootings,” Medina said.

According to the Albuquerque magazineMuhammed Afzaal Hussain, 27, was shot dead on August 1, while Aftab Hussein, 41, was killed on July 26. Both were from Pakistan and members of the same mosque.

His death followed the November 2021 killing of 62-year-old Mohammad Ahmadi, a Muslim man of South Asian origin. Ahmadi was killed behind a market and cafe he owned with his brother.

Albuquerque police had previously said there was a “strong possibility” the three previous homicides were related, according to the Journal.

On Saturday, the Albuquerque Police Department created a public portal where anyone can upload videos or images that may provide answers to the series of murders of Muslim men in the area over the past nine months. Police have not confirmed whether the vehicle’s lead came from the portal.

I am angry and saddened by the horrific murders of four Muslim men in Albuquerque. While we await a full investigation, my prayers are with the families of the victims and my administration is firmly with the Muslim community.

Such hateful attacks have no place in America.

The series of murders has shaken Albuquerque’s Muslim community. Police said Sunday it was too early to say whether the killings would be classified as hate crimes.

President Joe Biden he tweeted on Sunday morning that he was upset by the killings and offered his condolences to the affected families.

“I am angry and saddened by the horrific murders of four Muslim men in Albuquerque,” Biden tweeted. “While we await a full investigation, my prayers are with the families of the victims, and my administration stands firmly with the Muslim community. These hateful attacks have no place in America.”

Vice President Kamala Harris too he tweeted that she was “deeply disturbed” by the killings and said the White House stands with the Muslim community as police continue their investigation.

“I am deeply disturbed by the murders of four Muslim men in Albuquerque,” Harris tweeted. “As law enforcement continues to investigate these heinous attacks, we are clear that we stand with the Muslim community in New Mexico and our country. Hate has no place in America.”

Saturday, the Council on American-Islamic Relations announced a $10,000 reward for information leading to an arrest.

“This tragedy is affecting not only the Muslim community, but all Americans,” CAIR National Executive Director Nihad Awad said in a statement Saturday. “We must stand together against hate and violence, regardless of the race, faith or background of the victims or the perpetrators. We urge anyone with information about these crimes to come forward by contacting law enforcement.”