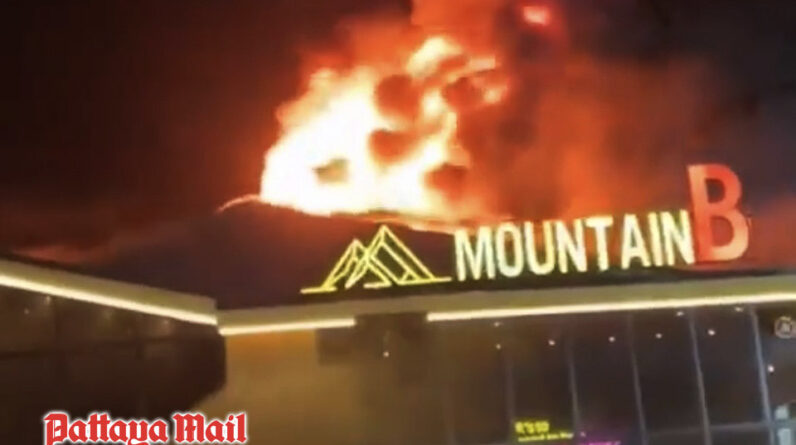 A fire broke out at the Mountain B pub in Sattahip last night, killing 13 people and injuring 41 others.

An explosion that caused a massive fire at the Mountain B pub in Sattahip town last night killed 17 people and injured 40 others.
Firefighters attended the well-known pub located on Soi 99, Sukhumvit Road at 1.25am to find the pub engulfed in flames.

An eyewitness said he heard an explosion near the DJ booth which burst into flames, causing panic as patrons rushed towards the exit trying to get out.
The interior walls and decor of the air-conditioned pub were plastered with flammable materials that exploded into fireballs, turning the entire building into an inferno. 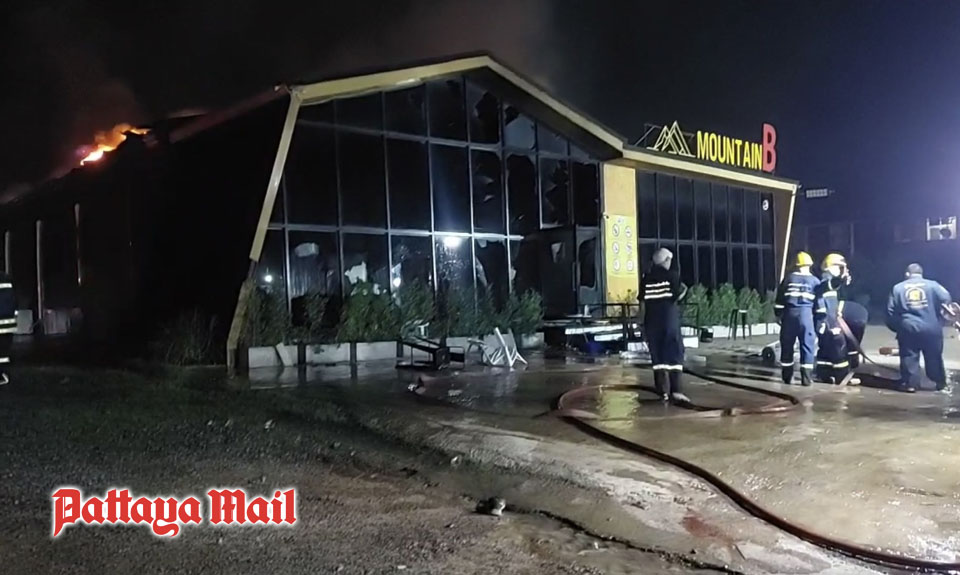 The blaze continues to burn through the building as firefighters prepare their firefighting equipment at the front of the pub.

In their panicked rush to get out of the burning building, people got stuck in the only exit and many of them were trapped in the narrow door, suffocated and burned. Firefighters also found dead bodies crouched in toilets.

Firefighters battled the flames for more than two hours before bringing the fire under control.
Initial reports indicated that 13 people, including 4 women and 9 men, died in the fire, while 41 were injured and rushed to the nearby Queen Sirikit Hospital.
The exact cause of the fire has not been determined at the time of this report.
Pattaya Mail will keep you updated on this story. 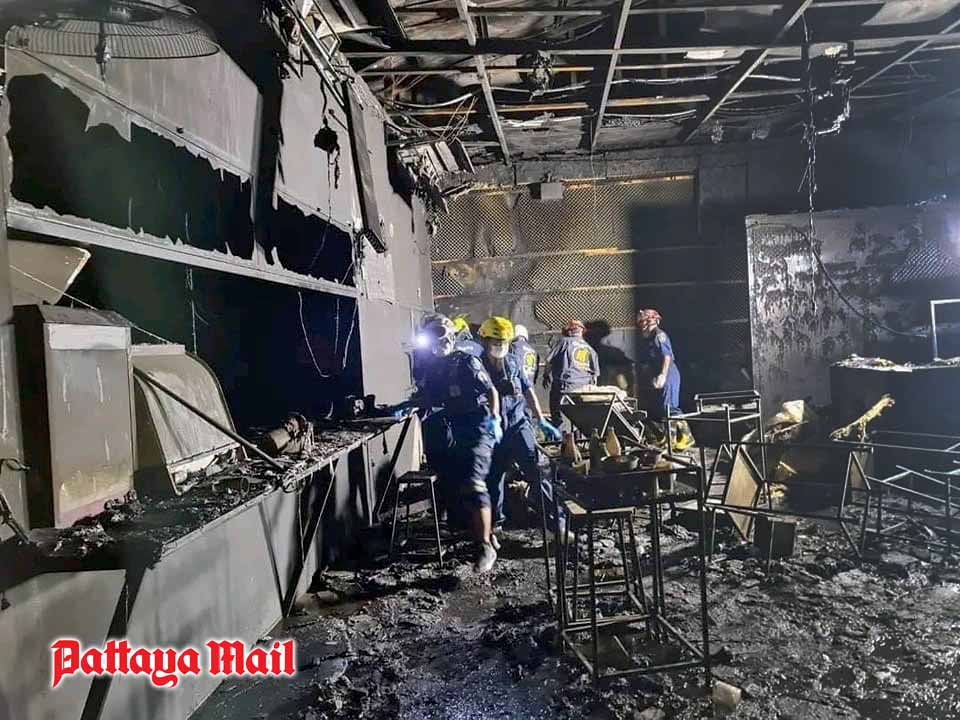 Firefighters are inspecting the interior of the burnt-out pub for any traces of smoldering embers that could burst into flames again. 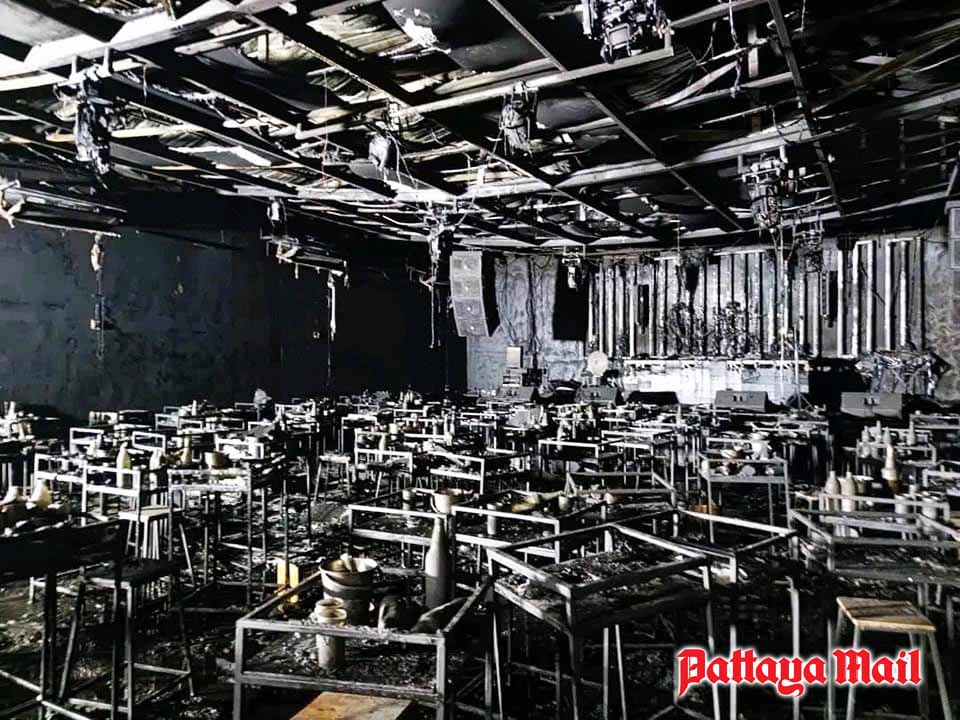 Previous articleTents were put up again at the Pattaya Bali Hai Pier after complaints of sunburnNext article14 dead and 41 injured, including 3 minors, in Sattahip pub fire