Speaking to a gathering of self-described “center ice conservatives” in Edmonton on Thursday, former British Columbia premier Christy Clark offered a tidy explanation for why the people in the room had gathered.

Although a possible name change was teased at the end of the day’s discussions, the group now known as the Center Ice Conservatives was founded by Rick Peterson, a former investment banker who ran as a Conservative leader in 2017 and finished 12th (he also entered the Conservatives briefly). leadership race in 2020, but dropped out after two months).

“We are a platform that aims to be a strong, bold and proud voice for the centre-right of Canada’s political spectrum,” Peterson. explains on the group’s website.

Thursday’s event was billed as the first annual Growing Canada Conference, and panelists included a mix of academics, journalists and politicians: former Conservative MP Leona Alleslev, former Conservative senator Marjory LeBreton and former Conservative candidate Ann Francis. The only active politician in attendance, and one of the most passionate speakers of the day, was Dominic Cardy, Minister of Education and Early Childhood Development for New Brunswick’s Progressive Conservative government.

“There is a void at the heart of Canadian politics. If we don’t fill it, we will lose our country,” Cardy declared ominously. a writing which preceded this week’s conference.

The day’s discussion covered several broad topics, with panelists expounding on ideas such as the importance of economic growth, the value of fiscal discipline and the need to seriously address global threats that lie beyond Canada’s borders. In his keynote speech, Clark lamented that both liberals and conservatives were being divisive and exclusionary in their rhetoric.

(Moments later, in response to a question from the audience, Clark said calls for an Alberta Sovereignty Act were “crazy.” So it seems it’s still okay to condemn some things in strong terms.)

“We have an opportunity to change the cycle of divisive politics in this country and this meeting today, I believe, is the beginning,” Clark said.

Is there a void at the center of Canadian politics?

Great appeals for centrism are often based on flimsy premises and false equivalences. Not all disputes are best resolved by choosing the middle ground between the political left and the political right. An equal commitment is not always possible or preferable. The middle ground between two opposing views is not inherently more logical. Sometimes decisions have to be made and sometimes making people unhappy is unavoidable.

But the corrosive extremism and unnecessary division is worth noting. And it’s not wrong to wish politics were more serious, more thoughtful, or more rational, which seemed to underlie much of Thursday’s discussion. 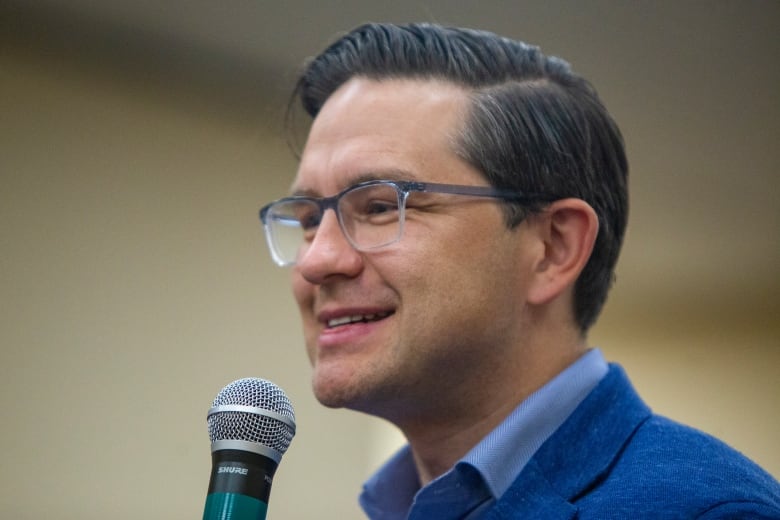 It’s also not hard to see why moderate conservatives might feel the urge to talk about it now and see a potential opportunity in doing so. Under Pierre Poilieve, the conservative party would move further to the populist right. Under Justin Trudeau, the Liberal Party is further to the political left than when it was led by Jean Chretien and Paul Martin (although the degree to which the party has moved to the left is sometimes greatly exaggerated) .

But how would moderate conservatives actually fill the gap that might now exist between Poilievre’s and Trudeau’s parties?

Near the end of Thursday’s meeting, Peterson noted that his group is not affiliated with the federal Conservative Party. “We’re talking about bringing together ideas and people that can affect any political party or anyone running for political office,” he said.

So perhaps centre-ice conservatives could become a Progressive Conservative answer to Canada’s Free and Strong Network, which was originally founded by former Reform Party leader Preston Manning. Perhaps this would allow the moderates to exert some influence over the agenda of a Poilievre government, or prepare for a future post-Poilievre leadership race.

Why not a new party?

At the start of the daylong conference, Peterson also said he was not interested in starting a new political party. “Believe me, nobody here wants to do that. Who wants to establish 338 EDA?” Peterson said, referring to the constituency associations. “That’s worse than 338 root canals.”

Surely, establishing a new national political party would be neither easy nor painless. But to extend the hockey analogy, it’s hard to score any goals if you’re sitting on the bench.

Would a new Conservative party risk splitting the vote on the political right, as happened when the Liberal Party won majorities in 1993, 1997 and 2000? May be. But if there really are moderate conservatives who are seriously concerned about the direction of the Tory party, they may have to make some tough decisions in the near future about what they are willing to do to respond.

A new centre-right party might also not split the vote. It could hope to win enough seats to hold the balance of power in a minority parliament, an outcome that would give moderate conservatives a chance to exert real influence on the agenda of a government similar to the one in doing the NDP now and has done in the past. . In the long term, a new centre-right party could also hope to have the kind of influence that the Reform Party had on the reconstituted Conservative Party that met in 2003. Or it could simply influence the future direction of the Conservative Party. , as the Popular Party seems to be doing now.

Center ice conservatives may not be the group to lead this effort. But if they’ve put their finger on a real problem, it may take more than discussion boards and opinions to deal with it.