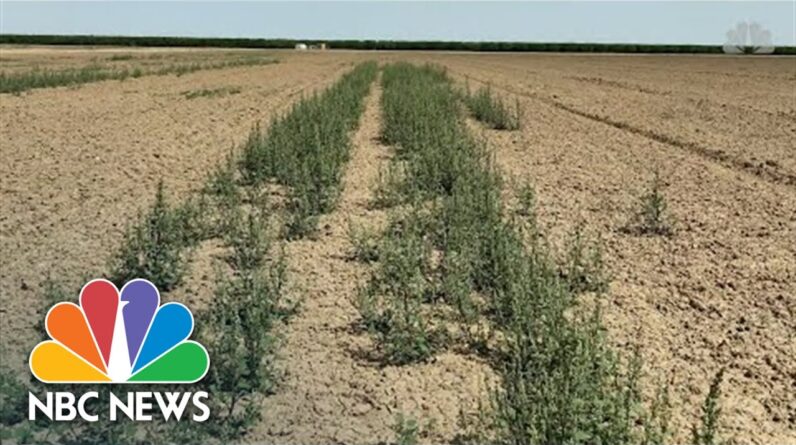 Severe drought in California is creating major challenges for farmers in the state. Joe Del Bosque, who has operated his farm since 1985, says this year is one of the worst that he can recall. Water officials believe the past three years could end up as the driest in California’s history. At Lake Castaic near Los Angeles, Lester Holt witnesses the “dangerously low” water level – just 53 percent capacity. An official tells him that the measurements for the Sierra Nevada snowpack, critical for the state’s water supply, are “grim.” California provides two thirds of the U.S. supply of fruits and nuts, and farmers are now forced to make difficult choices. Bill Deitrich says he’s unable to grow tomatoes this year because the limited water supply needs to be diverted to other, more dependable crops. State officials are now under pressure to do more to capture the water from storms so it can be used on farms.