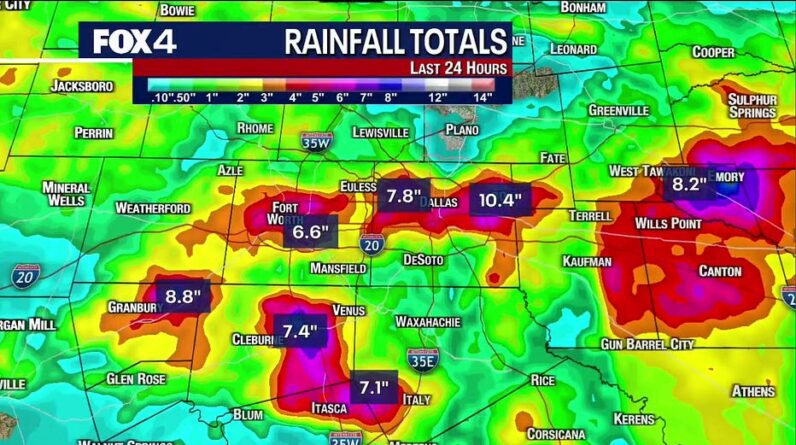 Monday’s rain fell short of a record for North Texas.

Parts of the region have already received up to 10 inches of rain since Sunday night, and that rain is expected to continue falling throughout the morning.

9.02 inches of rain was measured at Dallas-Fort Worth International Airport.

Recent rain has made this August one of the wettest in Dallas history. 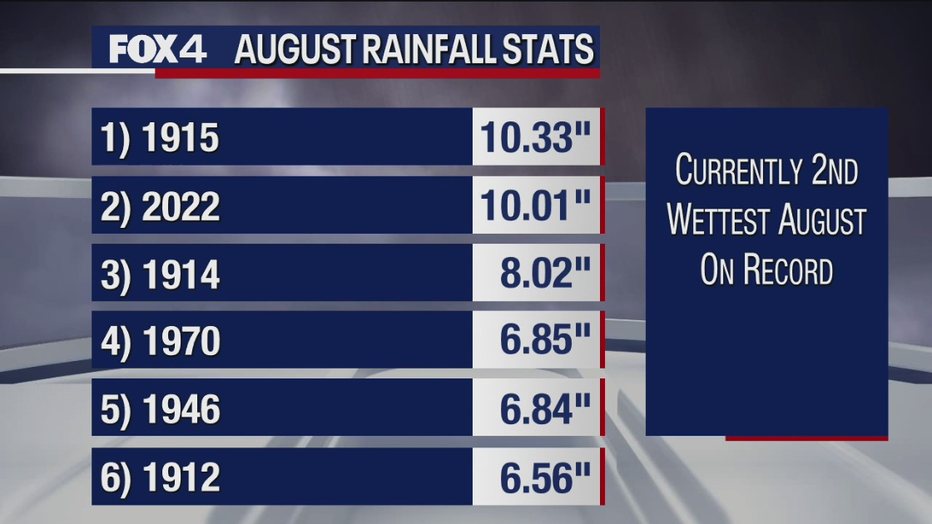 It is currently the second wettest August on record, behind only August 1915 when 10.33″ of rain was measured.

‘I thought I was going to die’: FOX Weather crew saves driver stuck in Dallas flood