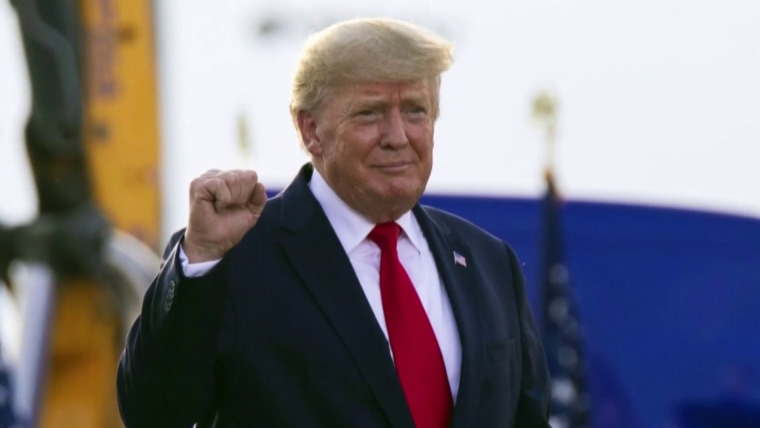 WASHINGTON – Former President Donald Trump asked a judge on Monday to order the appointment of a special master to oversee the handling of documents seized in the search of his Mar-a-Lago estate two weeks ago.

The federal magistrate judge who signed off on the search reiterated earlier Monday that there was “probable cause that evidence of multiple federal crimes will be found” at the estate and doubled down on his decision to authorize the search.

“Having carefully reviewed the affidavit before signing the order, I was — and am — satisfied that the facts sworn to by the declarant are reliable,” wrote Judge Bruce Reinhart of the Southern District of Florida.

Justice Department spokesman Anthony Coley said on Monday that the US would respond to Trump’s allegations through the legal process.

“The Aug. 8 search warrant at Mar-a-Lago was authorized by a federal court after the required determination of probable cause,” he said. “The department is aware of this evening’s motion. The United States will file its response with the courts.”

Trump’s filing on Monday also included a message that Trump had his lawyer for a top Justice Department lawyer on Aug. 11, just days after the search.

“President Trump wants the attorney general to know he’s been hearing from people across the county about the attack. If there was one word to describe his mood, it’s ‘angry.’ The heat is on. The pressure is on . Whatever you can do to reduce the heat, to reduce the pressure, just let us know,” the message said, according to the archive.

Hours after the phone call, Attorney General Merrick Garland announced at a news conference that the Justice Department had attempted to unseal some of the search warrant materials.

Trump’s court filing criticizes Garland for what it refers to as a “hastily prepared news conference,” calling it a “baseless reaction to public outcry” over the search.

“Law enforcement is a shield that protects Americans. It cannot be used as a weapon for political purposes,” the motion states. “We therefore seek injunctive relief following an unprecedented and unnecessary raid on President Trump’s Mar-a-Lago home in Palm Beach, Florida.”

Read the court filing below:

Ryan J. Reilly is a justice reporter for NBC News.