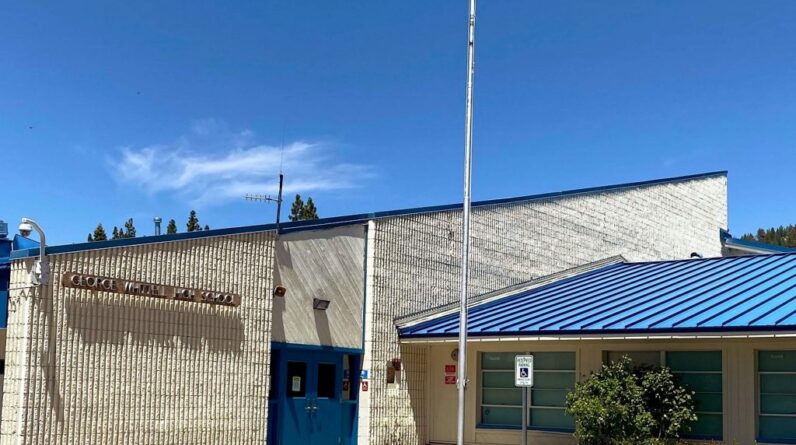 While no mention of a particular theory is prohibited in the classroom per se, a formal policy approved by administrators is designed to ensure that teachers do not take a political stance.

“We will take steps every year to remind employees to remain neutral in the classroom,” Superintendent Keith Lewis told administrators. “They have to recognize this expectation. In our current climate, it’s important to have a policy that we stand by.”

Lewis explained that the policy does not prohibit discussing politics or current affairs in the classroom, it just requires the teacher to take a neutral stance.

“It also does not mean that political figures are not invited to our classrooms to make a presentation,” he said. “But we should give both sides of the issues that chance. The teacher doesn’t break policy if one side decides not to attend. That doesn’t stop a parent organization or a student club or a civic club from holding a forum of candidates, but all candidates must be invited.”

The policy was introduced at the Aug. 11 school board meeting with a unanimous vote. A second reading will take place in September. District second readings are normally done on the consent calendar, but may be moved to the regular agenda for further discussion.

Lewis said critical race theory is not being taught as part of the district’s curriculum, but instead the policy allows a teacher to answer a question posed by a student.

“A government or history teacher might get a question from a kid, and we don’t want the teacher to say, ‘CRT? We can’t talk about that.”

“We’re in the education business,” Councilwoman Linda Gilkerson said. “If students ask something and we don’t answer it, they’re going to look elsewhere.”

School employees can use personal devices and their own email to conduct political business during the 30-minute tax-free lunch period under the district’s contract with its associations.

The school board voted 7-0 to put the matter to rest at a meeting on November 9, 2021 and again on November 22. The debate over that and social-emotional learning led to three residents opposing the district’s action running for the school board. .

David Burns, Susan Jansen and Katherine Dickerson are seeking seats on the school board. Resident Roberta Butterfield is running against Burns, winning the primary vote, but not by enough of a margin to win the seat. She and councilors Robbe Lehmann and Heather Jackson are all on the ballot in November.

Burns and Jansen spoke during public comment at the Aug. 9 meeting, but may not have stayed until the new policy was introduced. No citizen intervened in the first reading.