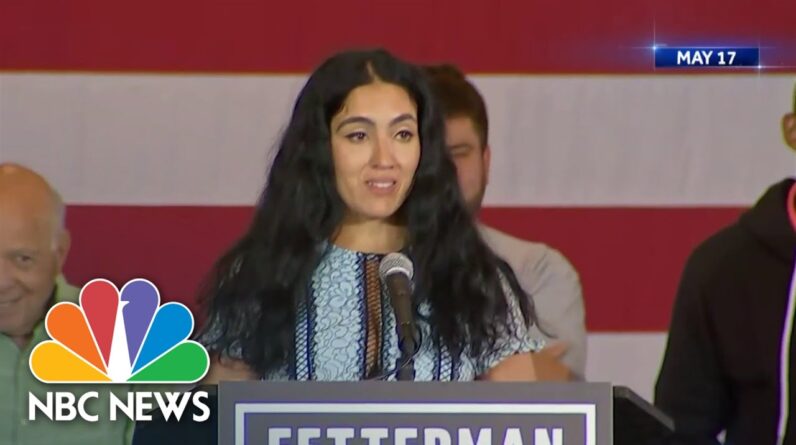 Democratic Pennsylvania Lt. Gov. John Fetterman was unable to attend his own primary night victory party after suffering a stroke days before the election. As he recovers, his wife, Gisele, is taking his place on the campaign trail in the key Senate race against celebrity doctor Mehmet Oz. NBC News’ Dasha Burns speaks with Gisele Fetterman, and was the first reporter to speak to the candidate himself since his stroke, though he isn’t giving formal interviews. » Subscribe to NBC News: http://nbcnews.to/SubscribeToNBC
» Watch more NBC video: http://bit.ly/MoreNBCNews