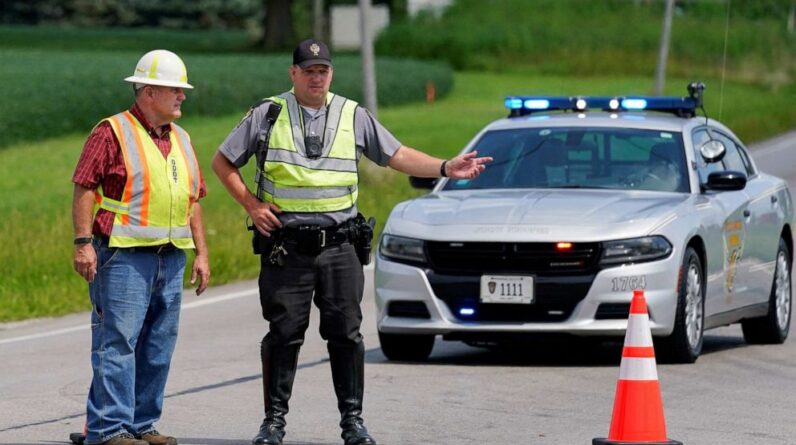 Ricky Shiffer, the man armed with an AR-15-style rifle who authorities believe tried to break into the FBI’s Cincinnati field office Thursday is a “suspected domestically violent extremist,” according to law enforcement officials briefed on the investigation.

The unprecedented search of a former president’s residence ignited a firestorm among Republicans and Trump supporters and prompted a wave of online messages hinting at possible violence. Law enforcement has been monitoring threats since the raid took place.

Shiffer was fatally shot by police after he allegedly raised a gun at law enforcement officers, an Ohio State Highway Patrol spokesman said during a press conference.

Social media posts believed to belong to Shiffer on Twitter and TruthSocial, Trump’s own social network, suggest the alleged gunman was likely “motivated by a combination of conspiratorial beliefs related to former President Trump and the election of 2020 (among others), interest in killing feds. law enforcement and the recent search warrant executed at Mar-a-Lago earlier this week,” according to a briefing compiled by the Institute for Strategic Dialogue, a think tank that monitors online extremism and hate speech.

ABC News has reviewed a series of recent posts from accounts believed to be Shiffer’s on “TruthSocial” calling for “war” and for FBI agents to be killed “on sight.”

An Ohio State Trooper directs traffic in Wilmington, Ohio, after police closed Interstate 71 North following reports of a suspect trying to attack the FBI building in Cincinnati, on August 11, 2022.

In a post on Thursday, Shiffer appeared to detail his failed attempt to break into the FBI building, writing, “It’s true that I tried to attack the FBI.”

The account allegedly linked to Shiffer has since been removed.

Trump Media & Technology Group, which founded “TruthSocial,” did not respond to a request for comment.

The ISD report also details that Shiffer appeared to encourage others to “Save Ammo” and “Contact the Proud Boys” in posts on the Rumble video streaming website. Any connection he might have had with the Proud Boys is also a key focus. of the investigation, officials said.