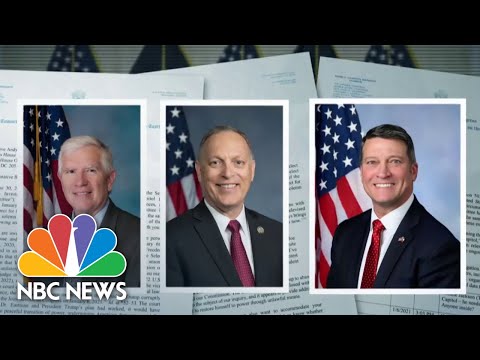 The House Select Committee sent letters to Republican Congressmen Mo Brooks, Andy Biggs and Ronny Jackson, former President Trump’s doctor, asking for their cooperation in interviews regarding the January 6th insurrection. Members of far-right groups texted on the 6th about protecting Jackson, saying he had “critical data to protect.” Jackson has told NBC News he ‘will not participate.’ The committee also says that Biggs attended a meeting with the Trump White House about efforts to illegally overturn the election for which he is allegedly seeking a presidential pardon.
» Subscribe to NBC News: http://nbcnews.to/SubscribeToNBC
» Watch more NBC video: http://bit.ly/MoreNBCNews