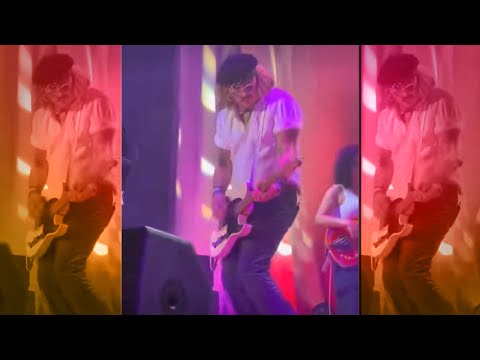 Johnny Depp made a surprise appearance on Sunday at a Jeff Beck concert in England, just days after closing arguments for his defamation trial against his ex-wife, Amber Heard. Depp joined Beck on stage to perform their 2020 collaboration, ‘Isolation,’ which is a remake of John Lennon’s 1970 hit. The two also performed a cover of Marvin Gaye’s ‘What’s Going On’ and Jimi Hendrix’s ‘Little Wing.’