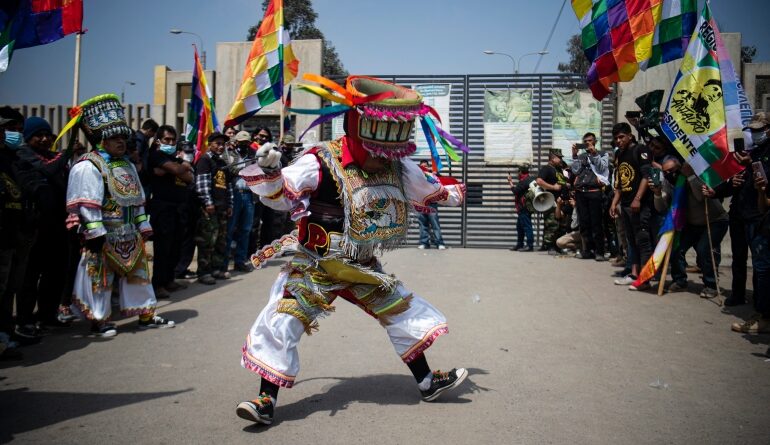 A former Peruvian soldier who led a failed 2005 uprising has been released from prison after a surprise announcement that his 19-year sentence had been reduced.

A lawyer for Antauro Humala, the leader of Peru’s nationalist ethnocacerista movement, which seeks to bring the country’s disenfranchised indigenous peoples to power, was quick to hint at a return to politics after the release on Saturday.

Speaking to supporters who chanted “President Antauro”, he praised the 2005 uprising, in which he and his supporters attacked a police station in the Andean city of Andahuaylas in an attempt to force the resignation of then-President Alejandro Toledo. Six people, including four policemen, died in a days-long clash at the station.

“Now we’re obviously out and I can tell you we’re all very proud of what we did there [our rebellion in] Andahuaylas,” said Humala.

Supporters of Antauro Humala, brother of former Peruvian president Ollanta Humala, wait outside a prison in Peru for his release [Ernesto Benavides/AFP]

Antauro Humala and his brother, Ollanta Humala, also led a minor rebellion in 2000 against then-President Alberto Fujimori, who was later convicted of ordering massacres during Peru’s two-decade civil war.

Ollanta Humala became Peru’s president from 2011 to 2016, but ruled as a centrist at odds with his brother’s ideology and repeatedly refused to pardon him.

Humala’s ethnocacerista movement combines reverence for the ancient Inca empire with an anti-colonial movement, but has been accused of having xenophobic and totalitarian aims.

As a candidate, the current leftist president, Pedro Castillo, had spoken positively of Humala and raised the possibility of pardoning him, but remained silent on the issue after taking office in 2021. 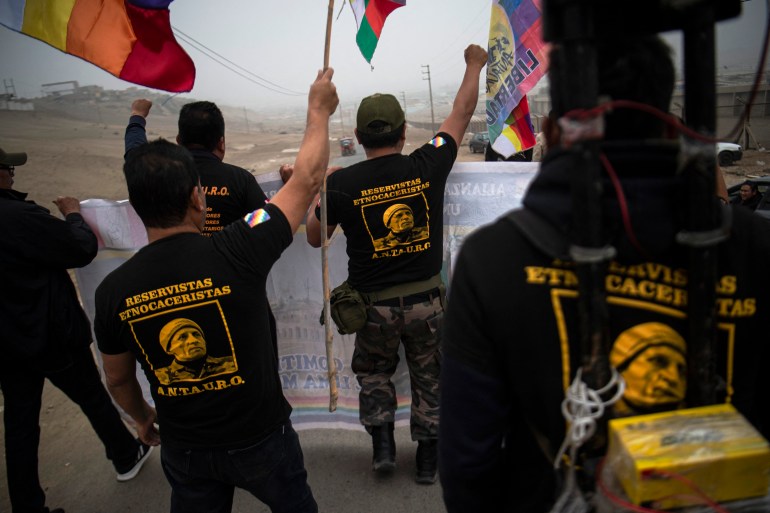 Supporters of Humala and the ethnocacerista movement stand outside a prison in Lima, Peru [Ernesto Benavides/AFP]

Peru’s prison authority said Humala had been released a year and seven months earlier because of his time spent working and studying. He maintained that the decision was taken independently of the presidency.

After his release, Humala’s lawyer, Carmen Huidobro, said that “it is possible that this [Antauro] will resume political life, it is likely that he will present himself for some position”.

Speaking to supporters outside a prison in Lima, the capital of Peru, Humala asked his supporters for “time to think about everything again”. [that] has happened in these 18 years”.