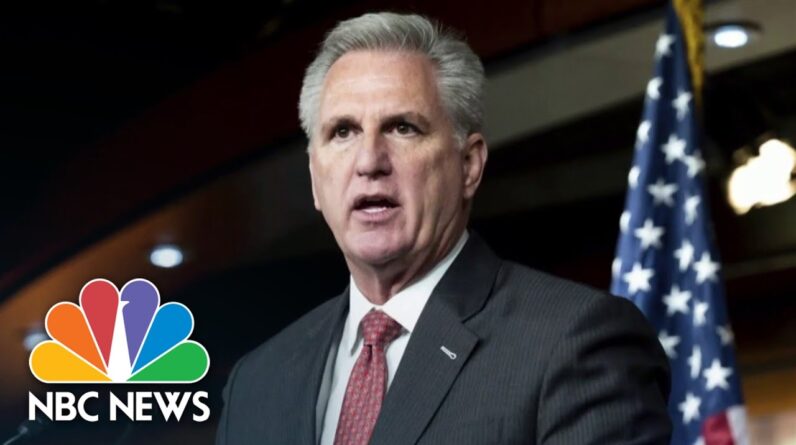 House GOP Leader Kevin McCarthy is heard criticizing then-President Trump and some fellow Republicans in the aftermath of January 6 in audio recordings released by the New York Times. In a closed-door meeting, McCarthy addressed his critics directly. Rank and file members appeared to rally behind the man who could be their next speaker. » Subscribe to NBC News: http://nbcnews.to/SubscribeToNBC
» Watch more NBC video: http://bit.ly/MoreNBCNews