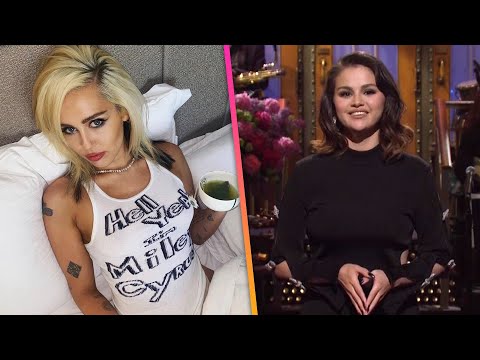 Miley Cyrus shares a not-so-subtle response to Selena Gomez’s recent impersonation of her on ‘Saturday Night Live,’ sporting a hand-made tank top emblazoned with the phrase, ‘Hell yeah, I’m Miley Cyrus!’ Selena told the ‘SNL’ audience over the weekend that Miley gave her some pointers ahead of her hosting debut. Miley’s no stranger to the show, even telling Seth Meyers this week she’s thankful to executive producer Lorne Michaels for letting her shine on TV when others weren’t so interested in that idea. Miley is teaming up with the legendary producer for her second New Year’s Eve special on NBC, set to air later this year.