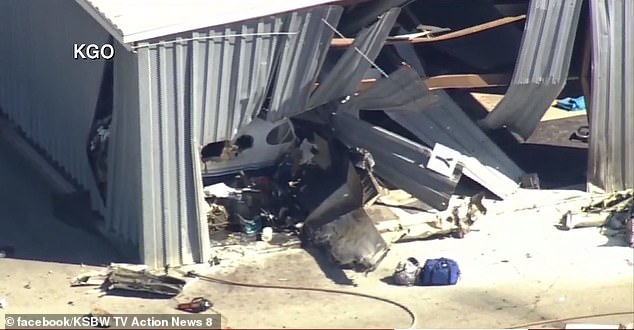 At least two people are dead and a third is believed to be dead after two planes collided mid-air over Watsonville, California, Thursday afternoon.

The Federal Aviation Administration reported that a single-engine Cessna 152 and a twin-engine Cessna 340 crashed into each other as the pilots attempted to make their final approaches at Watsonville Municipal Airport around 3 p.m. the afternoon.

One of the planes plummeted into an adjacent field while the other crashed into a hangar.

The single-engine plane had one person on board and the other had two people on board, city officials said, confirming multiple fatalities. It has not yet been confirmed whether all three died in the crash.

No one on the ground was injured at the time of the accident.

According to audio of the final moments before the crash, the pilot of the twin-engine plane, which was traveling nearly 200 mph, radioed that he was about a mile away.

Multiple fatalities were reported after two planes collided Thursday while trying to land at the Watsonville Municipal Airport in California. 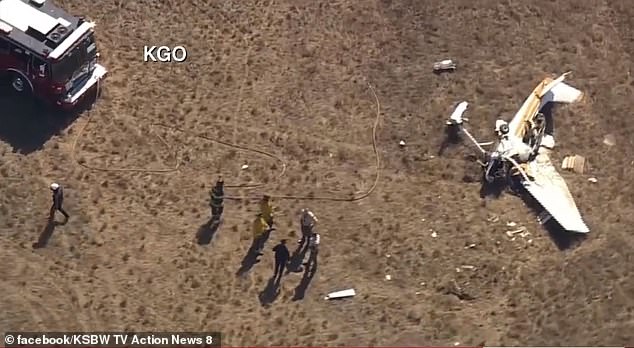 One of the planes involved plummeted into an adjacent field (pictured) 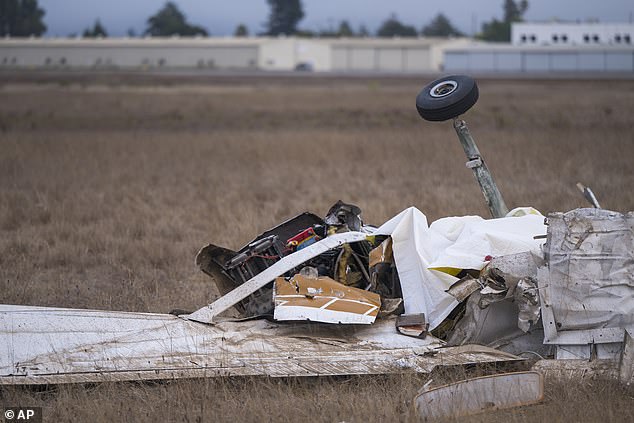 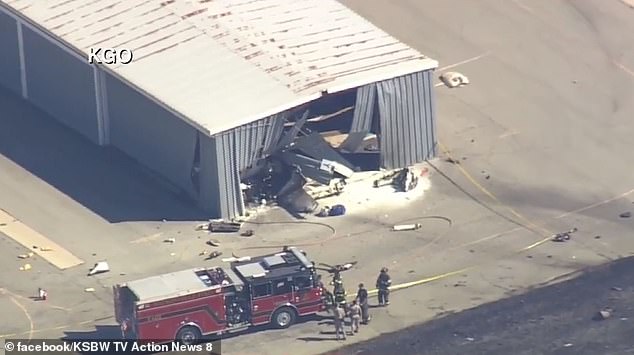 The pilot of the single-engine Cessna, a smaller, slower plane that had been circling the airport trying to land, replied, “Yeah, I see you’re behind me.”

A few seconds later, the same pilot said, “Well I’m going to turn around, because you’re coming at me real fast, man.”

There is a 30-second radio traffic silence before a third pilot alerts the other pilots that there has been an accident.

Two other pilots are heard discussing what had happened.

A mid-air collision is extremely rare, said Max Trescott, a 50-year-old general aviation pilot with 22 years as an instructor who often flies in and out of the Watsonville airport. San Francisco Chronicle. Maybe a dozen a year, he said.

Flight data indicated the larger plane was traveling at about 178 knots in the final moments before the crash, an “extraordinarily fast” approach, Trescott said, and probably twice that of the smaller plane.

“A long home stretch is allowed, but you’re supposed to defer to the traffic pattern people,” said Trescott, who hosts Aviation News Talk, an aviation safety podcast. “Discovering another aircraft can be difficult even under the best conditions.”

Trescott attributed the collision in part to the fact that the Watsonville airport has no control tower, so pilots must communicate with each other to identify their positions. 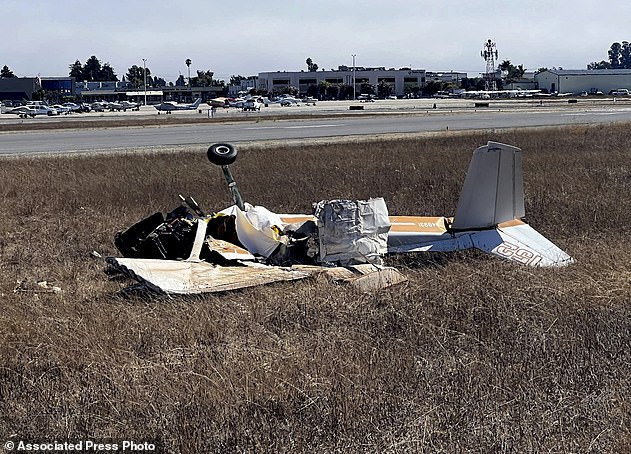 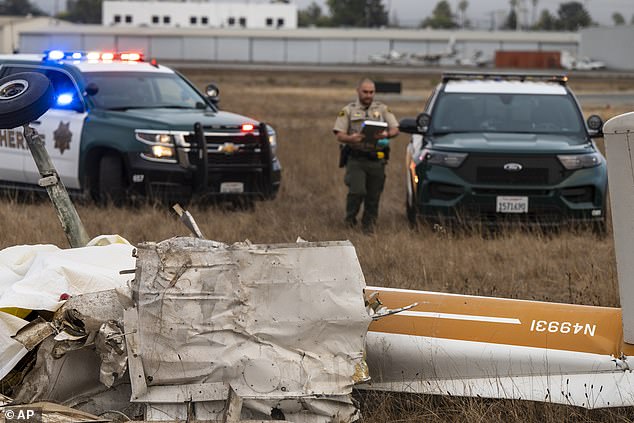 Police quickly arrived on the scene at the Watsonville Municipal Airport. The airport accounts for about 40 percent of all general aviation activity in the Monterey Bay Area 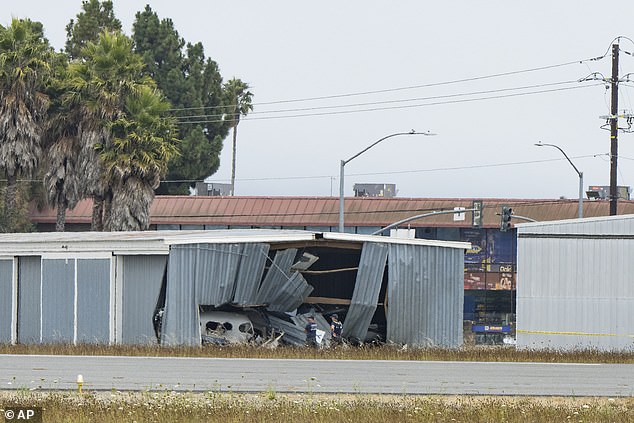 While it’s not unusual — about 90 percent of airports in the country don’t have a tower — Trescott said Watsonville is a pretty busy facility to not have one.

The crash investigation is being led by the FAA and the National Transportation Safety Board, who are being assisted by Watsonville police and the Santa Cruz County Sheriff’s Office.

Officials were expected to hold a briefing on the incident at 6pm PST, but it has been scrapped.

The airport has four runways and accommodates more than 300 aircraft, according to its website. It handles more than 55,000 operations a year and is often used for recreational aircraft and agricultural enterprises.

Photos and videos posted on social media showed the wreckage of a small plane in a grassy field next to the airport. One image showed a plume of smoke visible from a street near the airport.

A photo from the city of Watsonville showed damage to a small building at the airport, with firefighters on the scene.

The planes were about 200 feet in the air when they crashed, a witness told the Santa Cruz Sentinel.

Franky Herrera was passing the airport when he saw the twin-engine plane bank hard to the right and hit the wing of the smaller plane, which “spiraled and crashed” near the edge of the airfield and not far from the houses. he told the newspaper.

The twin-engine plane continued flying but “was struggling,” Herrera said, then saw flames on the other side of the airport. 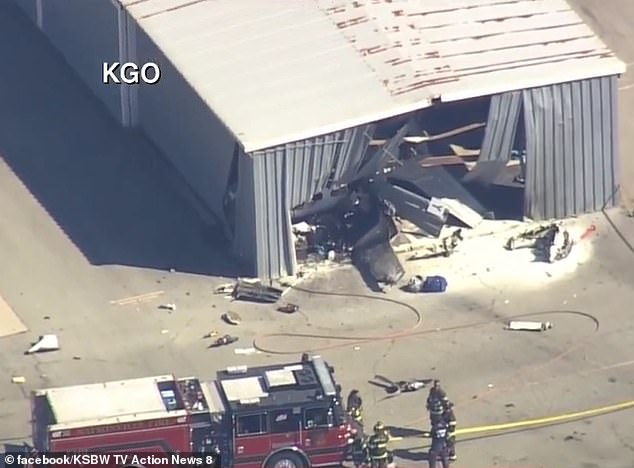 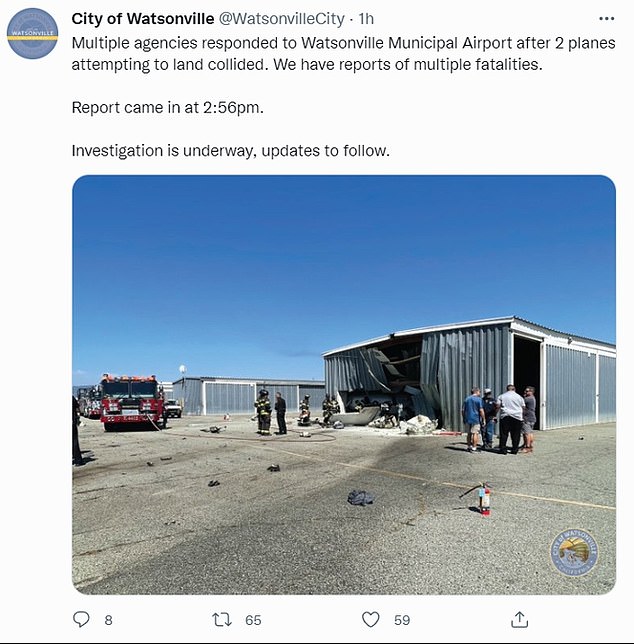 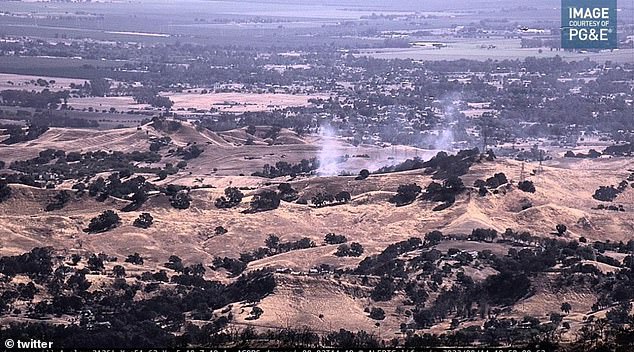 The manager of the Watsonville Municipal Airport was not available for a phone interview in the hours after the crash.

The airport accounts for about 40 percent of all general aviation activity in the Monterey Bay area, according to the City of Watsonville’s website.

The Watsonville Police Department referred calls to the Santa Cruz County Sheriff’s Office, where a dispatcher had no information.

Two other pilots were also injured in plane crashes elsewhere in California on Thursday.

A 65-year-old San Diego man suffered serious but non-fatal injuries when his single-engine plane crashed into a street near a busy freeway overpass in El Cajon, authorities said.

The plane reportedly struck an SUV, but no one on the ground was injured in the city nearly 20 miles northeast of downtown San Diego.

The pilot of an ultralight plane was later seriously injured when it crashed upside down into a building at Camarillo Airport in Ventura County, about 60 miles from downtown Los Angeles.