Home 24 Hour News Feed No arrests made after shooting in Apopka Monday that left one dead: WFTV 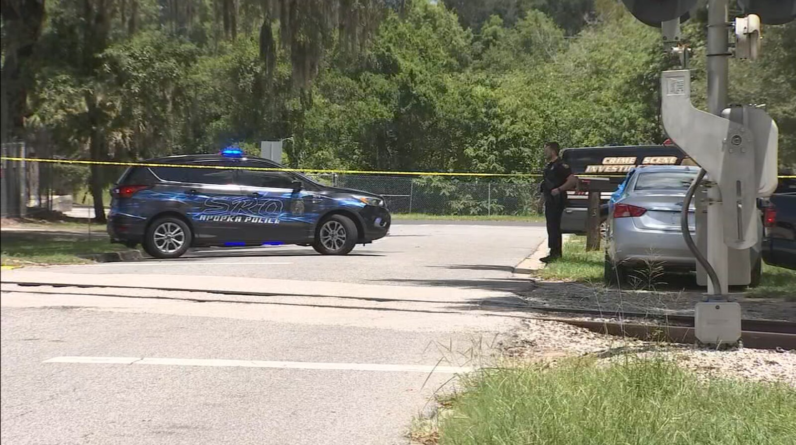 VIDEO: One person dead in shooting at Apopka auto shop, police say Police are investigating after one person was killed in a shooting Monday morning in Apopka. (Phylicia Ashley, WFTV.com/WFTV)

APOPKA, Fla. — Apopka police tell WFTV they have not made any arrests in a shooting that left one man dead Monday.

On Monday, Apopka officers responded to the area of ​​820 South Robinson Avenue for a reported shooting shortly after 10 a.m.

Read: FHP: Early morning fatality along I-4 in Seminole County

When police arrived at the scene, they found a person who had been shot.

Investigators said the man was taken to a nearby hospital for treatment.

WFTV reporter Phylicia Ashley was at the scene when investigators informed loved ones that the victim had not survived.

Police have not released the victim’s name, but people in the know have identified him as the owner of the body shop where the shooting occurred.

The person responsible for the shooting has been arrested, but has not been identified by the police either.

Police have not released further details, including the circumstances that led to the shooting.

The investigation is ongoing.

stay with WFTV.com for updates on this developing story.