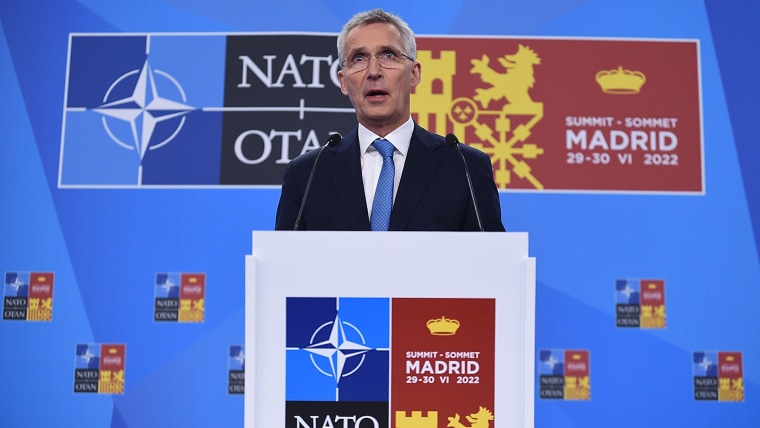 Vladimir Putin believes that the Russian military’s strategy of attrition in Ukraine will reduce Ukrainian forces and break the will of the US-led alliance, but he is wrong, CIA Director William Burns told the Forum on Wednesday of Aspen Security.

“Putin’s view of Americans is that we’re always suffering from attention deficit disorder and we’re going to be distracted by something else,” Burns said during a live interview with NBC News’ Andrea Mitchell. “My strong opinion is that Putin was wrong in his assumptions about breaking the alliance and breaking Ukraine’s will before the war started, and I think he is just as wrong now.”

After a disastrous start to the war based on a series of mistaken assumptions, Russia has settled into its traditional method of warfare in the eastern region of Ukraine, Burns said, directing air and artillery strikes massive attacks against cities, disregarding civilian casualties.

Russia has had some success, he said, advancing six to 10 miles across a narrow strip of land in the Donbas region. But the gains have come at a high cost. The US estimates that up to 15,000 Russian soldiers have been killed and three times as many wounded, he said. He said Ukrainian casualties are believed to be about the same.

“In one of my recent conversations with one of my Ukrainian counterparts, he pointed out that the dumb Russians were all dead,” Burns said. “And I think what he meant by that [is]… the Russians have adapted … Putin has scaled back his goals.”

But he said the Ukrainians should be able to continue to resist, “as long as we continue to support them with the weaponry and ammunition that they have used so effectively.”

Putin was wrong to think he could tear up the NATO alliance, Burns said; instead, NATO is welcoming Finland and Sweden and has beefed up its troop deployments closer to Russia’s borders.

“He thought he could establish his dominance over Ukraine very quickly,” Burns said. “It’s hard not to see this as a strategic failure at this point for Putin and Russia.”

Burns said the CIA has no evidence that Putin is mentally or physically impaired.

“There are a lot of rumors about President Putin’s health, and as far as we can tell, he is very healthy.”

Burns offered a fairly detailed assessment of what the CIA believes China has learned from Russia’s Ukraine adventure.

He said he would not underestimate Chinese President Xi Jinping’s determination to assert control over Taiwan, a self-governing island claimed by Beijing, and said he believes Xi is “determined to ensure that his military has the ability to undertake this action. decides to move in this direction”.

He said Russia’s experience in Ukraine probably won’t influence the timing of China’s ambitions regarding Taiwan, but it may change how it chooses to approach them.

He added: “I think the Chinese leadership is trying to study the lessons of Russia’s invasion of Ukraine and what it tells them… If there is one lesson I think they can take from Putin’s experience in Ukraine is which is not achieved quickly and decisively. victories with overwhelming force.”

The idea that 190,000 Russian troops would occupy and effectively control 47 million defiant Ukrainians never made any sense, Burns said.

“So I suspect the lesson for the Chinese leaders and the military is that you have to build up overwhelming force. If you think about it in the future, you have to control the information space. You have to do everything you can to shore up your economy against the potential for sanctions, even though China’s economy is much stronger and more entangled with economies around the world than Russia’s.

“And you have to do everything you can to try to cross the Indo-Pacific between the United States and its allies.”

On Iran, Burns said the United States does not believe Iran has resumed any efforts to build a nuclear weapon, but said Iran’s work on advanced centrifuges means its detonation time, the time it would take to build a bomb has become very short.

“The trend lines are quite worrying,” he said.

Ken Dilanian is NBC News’ intelligence and national security correspondent based in Washington.