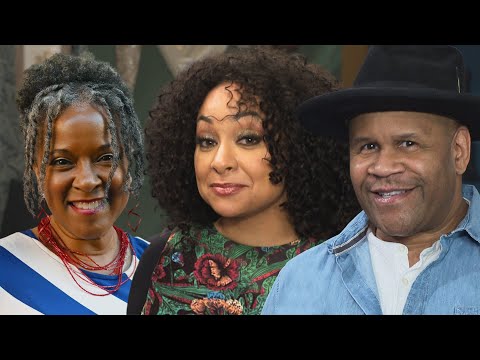 Will Raven Baxter’s mom, Tanya Baxter, return to ‘Raven’s Home?’ Only ET’s Deidre Behar spoke with the cast during the 100th episode celebration about the possibility of fan-favorite actors returning to reprise their roles. Raven-Symoné, Rondell Sheridan and Anneliese van der Pol dish on Tanya’s wherabouts, and how the series plans to address her in the future. Raven says she’s in touch with the actress who played Tanya, T’Keyah Crystal Keymáh, and there is a phone call out to her to come back! Plus, Issac Ryan Brown, Emmy Liu-Wang, Felix Avitia and Mykal-Michelle Harris all say they’d love to film a crossover episode with the young actors who starred on the series from season 1-4: Navia Robinson (Nia), Sky Katz (Tess) and Jason Maybaum (Levin). One thing’s for sure: Booker is growing up! Issac confirms to ET that his character will have an on-screen kiss this season. ‘Raven’s Home’ airs Fridays on Disney Channel.