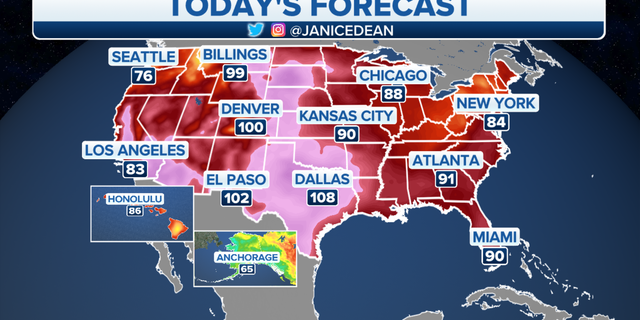 It’s summer, but we’re feeling record heat in the Plains and Mississippi Valley, where more than 30 million people are under some form of heat advisory.

Temperatures will exceed the century mark in many cities and the humidity will make it even worse. 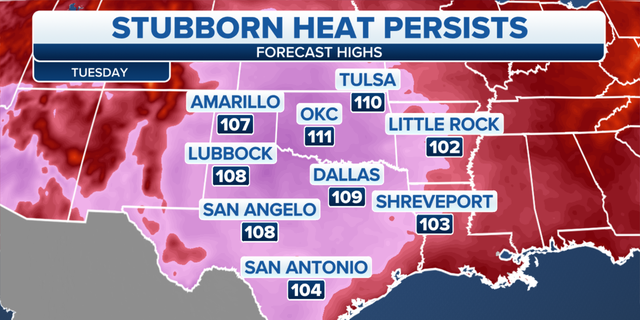 A cold front moving across the northern tier of the country will help cool things down a bit, but we could have some strong to severe storms to accompany it.

NORTHEAST STORMS CAN CAUSE TORNADOES, FLOODS 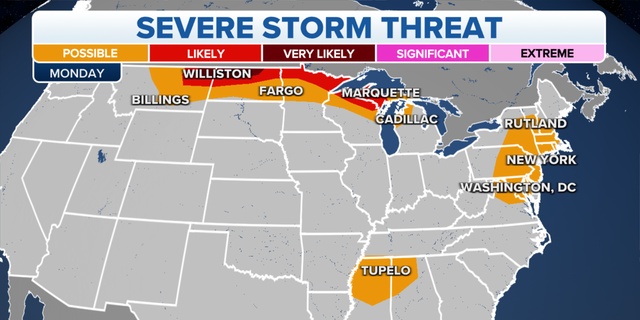 Meanwhile, another front slowly moving over the Northeast into the Mid-Atlantic will also increase the risk of some stronger storms and heavy rain resulting in some areas of flooding. 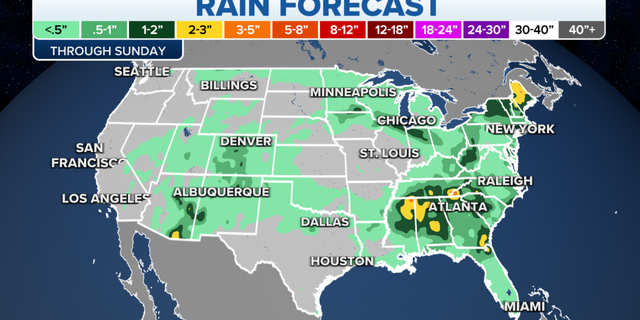 Rain forecast in the US during the continuing summer months.
(Fox News)

Strong winds and dry conditions will raise the fire danger for the Rockies, Great Basin and High Plains.