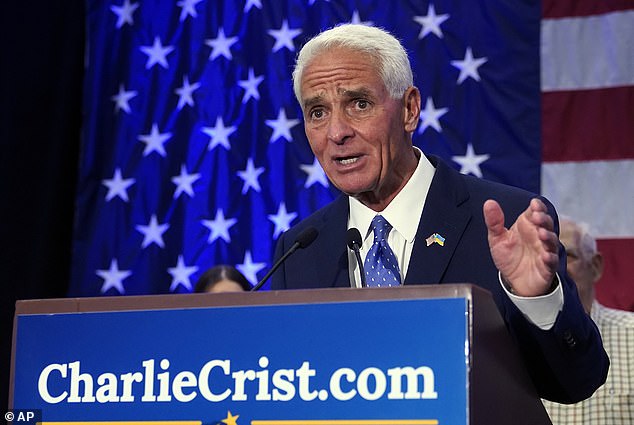 In selecting the 66-year-old lawmaker, who has the support of the national Democratic establishment, Sunshine State voters arguably chose the safest and most moderate option to run against the Republican powerhouse.

DeSantis, whose approval numbers are soaring not only in the Sunshine State but among Republicans across the country, is not running in the GOP primary.

He jumped out to an early lead Tuesday night and held a comfortable double-digit lead after the polls closed at 7 p.m. ET.

The moderate lawmaker was a Republican when he served one term as Florida’s governor from 2007 to 2011. After an unsuccessful bid for the Senate, he narrowly lost re-election to Republican Rick Scott in 2014.

He ran as a Democrat for Florida’s 13th Congressional District, a seat he has held since 2017.

Crist’s run has been a small-scale test of President Joe Biden’s successful 2020 campaign, though the Democrat lost Florida to Donald Trump in that race.

Like Biden, he has tried to present himself as a unifying, not divisive, candidate who focuses on kitchen-table issues.

He reaffirmed this campaign strategy during his victory speech on Tuesday night. Surrounded by family as he addressed ecstatic supporters, Crist said, “The people of Florida sent a clear message. They want a governor who cares about them to solve real problems, who preserves our freedom.

In a shot at DeSantis, he added, “He’s not a thug who divides us while taking away our freedom.”

Florida’s other top results tonight are…

Rep. Charlie Crist was the Republican governor of Florida more than a decade ago before switching parties 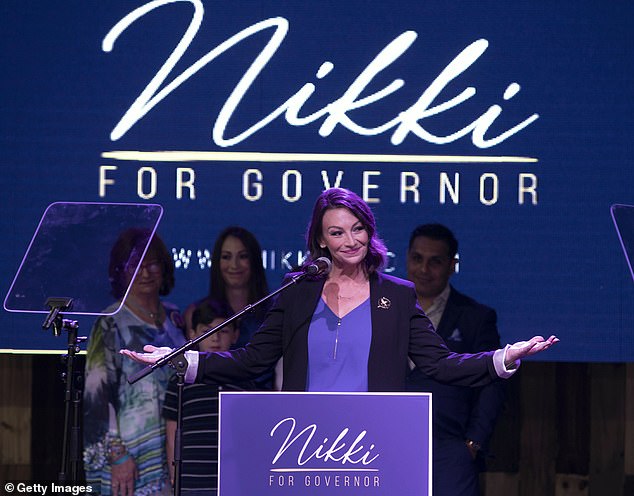 Florida Agriculture Commissioner Nikki Fried made waves in 2018 when she became the only Democrat elected statewide.

On the other end of the Democratic spectrum is Fried, who was briefly seen as a darling of the progressive movement when she became the only Democrat elected statewide in Florida in 2018.

The outspoken official told her followers Tuesday night that she called Crist to congratulate him on his victory.

“We will not stop fighting,” he promised.

He contrasted himself with Crist by taking hard-line positions on issues like abortion and legalizing marijuana, arguing that his fiery persona is the perfect match to defeat a bombastic, culture-war-focused DeSantis campaign. 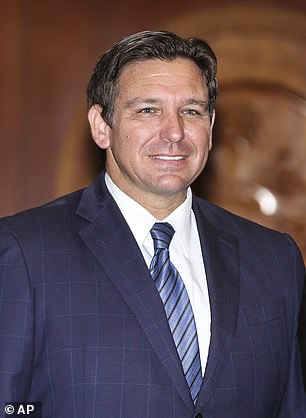 DeSantis predicted Fried would lose Tuesday during a state cabinet meeting hours before the polls closed.

He said she “had an opportunity to be the only elected Democrat statewide to exercise some leadership and do some things and instead she’s used her time to basically try to smear me on a daily basis “.

“She should have been able to win it and it looks like she’s going to be not only short, but significantly short and I think that’s probably why,” DeSantis said.

But November is still likely to bring an uphill battle.

Early polls have shown DeSantis besting both Crist and Fried in hypothetical matchups, a meteoric rise after narrowly winning the governorship in 2018.

He became a GOP star for his vocal opposition to the Biden administration’s COVID-19 policies and has remained in the headlines.

Leaning toward conservative positions on LGBTQ issues, schools and race earned him the appreciation of Republicans across the country, including a significant portion of Trump supporters.

The governor is also believed to have his sights set on the White House in 2024.

He has amassed a hefty war chest for a statewide politician, with more than $100 million already donated to his 2022 campaign.

“Governor DeSantis only cares about the White House. He doesn’t care about your house,” he told supporters.

He also blasted the Republican as a “would-be dictator” and an “extremist.”