Home 24 Hour News Feed Republicans are rallying around Trump after FBI raid. This is good news for Biden. 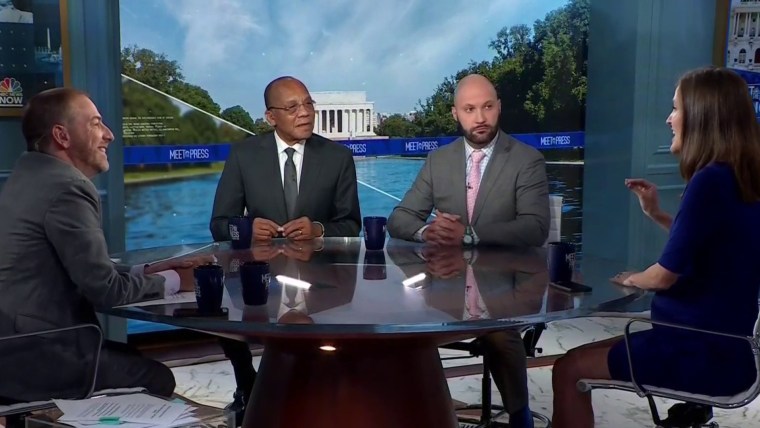 Biden would not dare touch the politics of a criminal investigation, according to White House officials and party operatives. But at a time when most Democrats want a different candidate in 2024, Trump’s elevation of the GOP plays into the hands of the current president.

The more Democrats see Trump, the more they see Biden as their best bet in 2024, Democratic lawmakers and operatives from across the party’s ideological spectrum said. One added that recent events have increased the likelihood that the president will announce a re-election bid this year.

“As Trump’s stock rises in the Republican Party, so does Biden’s stock” with Democrats, said Brad Howard, a lobbyist and former aide to members of the moderate Blue Dog coalition in the House. “If President Trump is still a factor, this is a continued boon for President Biden and his re-nomination case.”

The prospect of a “heavyweight fight” helps “both Biden and Trump,” added a prominent House progressive who spoke on condition of anonymity to avoid upsetting liberals who are unhappy with Biden. The Republican response to the FBI search of Trump’s Mar-a-Lago home “all but assures both of them the nomination,” the lawmaker said.

The unprecedented investigation into a former president who is a likely candidate for his old job creates a labyrinthine set of political risks and opportunities for Biden and Trump. For Trump, the biggest threat is becoming toxic to voters because of an impeachment or conviction. Biden must walk a tightrope between supporters who want him to make sure Trump is prosecuted and voters who may see the move as an abuse of power that unfairly targets a political adversary.

Biden appears to have chosen the prudent and traditional route of letting Justice Department officials speak — or act — for themselves. “It’s not even Biden’s style to use something the Justice Department does for his political advantage,” said a source close to the White House who spoke on condition of anonymity.

Conversely, Trump has frequently criticized his attorneys general in public and urged them to pursue legal actions that align with his political interests. He criticized Attorney General Jeff Sessions for rejecting an investigation into Trump’s ties to Russia and for failing to charge his 2016 rival, former Secretary of State Hillary Clinton, with crimes. In the final weeks of his presidency, Trump pressured Justice Department officials to falsely state that he was the victim of fraud when he lost the 2020 election to Biden, according to testimony from several officials who appeared before the House committee investigating Trump’s role in the January 6, 2021, attack on the US Capitol.

The question of whether Biden would explicitly politicize legal action against Trump is different from the question of whether he would benefit from a federal case against the Republican front-runner in 2024. Just as Trump understood the potential damage that could do an investigation: The House impeached him for withholding security funds from Ukraine to try to force an investigation of Biden in that country, Biden clearly understands that even the appearance of political interference would rob him. of a key contrast with Trump.

“There’s no point in inserting yourself,” said Jay Jacobs, chairman of the New York Democratic Party. “It only diminishes the credibility of the professional investigations that are being carried out.”

This is a vision shared by the White House.

“I would not comment or discuss in any way,” a White House official said of the FBI’s search of Trump’s home.

Biden has shown a willingness to highlight the committee’s Jan. 6 work, which provided evidence that the Capitol riot was the culmination of Trump’s two-month campaign to overturn the 2020 election. But the Department of Justice, unlike the congressional committee, is under Biden’s control, and this creates a political imperative for him to avoid appearing to target his enemy.

Instead, Biden’s allies in the Democratic National Committee, in Congress and in the states are rooting for Trump. Some are publicly urging the Justice Department to prosecute Trump. And, most importantly for the White House, many are linking Trump’s defense of Republicans to Biden’s case that the party is too extreme.

Biden “should and very well could” launch a campaign between the midterms and the end of the year, the source close to the White House said. The source added that Biden’s recent spate of legislative victories and executive actions, including the passage of the Inflation Reduction Act on Friday, is putting him on track to run a campaign of “promises made, promises fulfilled,” the exact slogan Trump used in 2020.

At the same time, a flurry of positive news for Biden, and the resurgent love Trump is getting from Republicans, has not convinced even some of his allies that the president should seek a second term.

“I have mixed emotions about whether I should run or not,” said Steve Shurtleff, a New Hampshire state representative and longtime Biden supporter. “It’s been a fantastic week, but there’s a lot of pressure to be president. He has a long history of service, and maybe it’s time to go back to Delaware and spend time with his wife, his family and his grandchildren and be thankful for what he’s accomplished.”

Shurtleff added that the pressure has been “tremendous, and even someone half his age would have trouble keeping up with that pace and intensity.”

A Democratic lawmaker who is close to the Biden White House has a different set of mixed feelings about the raid.

“From a Democratic perspective,” the support Trump is getting from Republicans “is not really a good thing,” the lawmaker said. On the other hand, he added, “there is, of course, the not-so-small issue that Trump is in greater legal jeopardy,” which could end his presidential ambitions.

That lawmaker said he has drawn the same conclusion he did in 2017: Biden “is the best person on our side to take on Donald Trump.”

If the investigations into Trump take him out of the running, Democrats can recalculate. But the more he is seen as the leader of the Republican Party heading into 2024, the more receptive Democrats are to Biden’s argument that only he can stop Trump.