The senior Nova Scotia RCMP officer at the center of a controversy over possible political interference by RCMP Commissioner Brenda Lucki after the 2020 mass shooting is doubling down on his allegations.

RCMP Chief Supt. Darren Campbell told a House of Commons committee on Tuesday that he remembers Lucki saying during an April 28, 2020 call that she was “saddened and disappointed” that Campbell had not released details about the gunman’s weapons in a press conference.

Campbell told MPs that the commissioner also said she had “promised” the offices of Prime Minister Justin Trudeau and then-Public Safety Minister Bill Blair that those details would be released.

Campbell said he tried to tell Lucki that releasing that information could harm the ongoing investigation, which involved U.S. agencies.

“The commissioner told my colleagues and I that we didn’t understand that, that this was tied to pending legislation that would make officers and the public safer,” Campbell said.

When asked how much of the call with Lucki had been about releasing gun information, Campbell said the 20 minutes he heard from the meeting before he left had been about firearms.

Blair and Lucki have repeatedly denied that Blair interfered with the investigation.

“I could not and would not break this oath”

Campbell said that while it was never his intention to get into a “political disagreement or argument” about what happened at the April 28 meeting with Lucki, there was a principle at stake.

“The principle was the oath I swore to uphold as a young recruit more than three decades ago,” he said. “I could not and would not break that oath.”

Details about the weapons were made public through a briefing note given to the prime minister, which emerged through an access to information request. Despite the Nova Scotia Mounties’ request that information on the firearm be shared only internally within the RCMP, the emails show Lucki sent those details to the offices of the Minister of Public Safety and the adviser to national security of the prime minister.

Asked how the public could ensure the investigation into the massacre was not affected by the sharing of such information, Campbell said it was a difficult question to answer because his work “very well” could have been committed

Campbell said it was obvious the Public Safety Minister’s office was interested in firearms and discussions between Blair and Lucki may have taken place, but “the direction was pretty clear that it couldn’t be shared”.

Members of a Commons standing committee have heard that RCMP Commissioner Brenda Lucki shared firearms information with the offices of the Minister of Public Safety and the Prime Minister’s National Security Adviser. (Adrian Wyld/The Canadian Press)

A gunman’s 13-hour rampage claimed 22 lives and is now the subject of a public inquiry.

Lia Scanlan, former director of communications for the Nova Scotia RCMP, appeared alongside Campbell before the committee.

Scanlan wrote a letter to the commissioner more than a year after the shootings, echoing Campbell’s concerns and telling Lucki the meeting was “appalling, inappropriate, unprofessional and extremely despicable.”

On Tuesday, Scanlan recalled his feeling of “disgust” over the call with Lucki on April 28, telling MPs he “understood exactly what was said”.

When asked about whether new legislation should be introduced to strengthen the independence of the RCMP and prevent political interference, Scanlan agreed that it should. 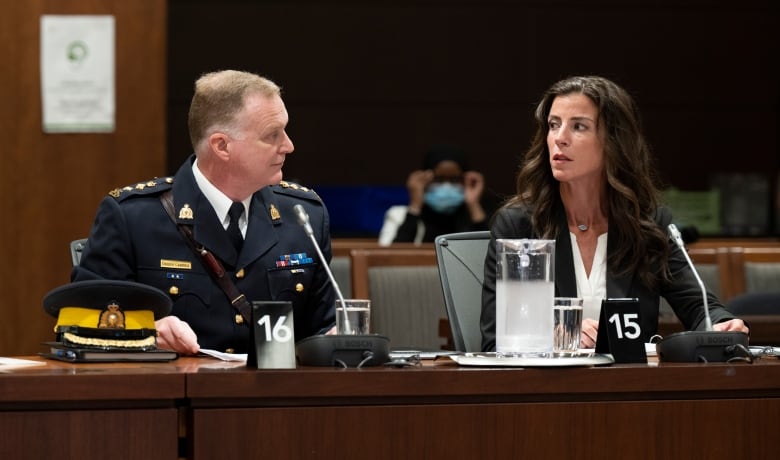 RCMP Chief Supt. Darren Campbell speaks with Director of the Strategic Communications Unit, Lia Scanlan, as they wait to appear before a Commons committee on August 16, 2022 in Ottawa. The committee is looking into allegations of political interference in the 2020 Nova Scotia mass killing investigation. (The Canadian Press/Adrian Wyld)

While keeping political partners such as federal ministers and the prime minister informed of ongoing investigations is important, he said, it is “very different” from interfering or influencing a case.

“Words need to be scrutinized, and if they’re vague we should be more specific so that we’re never in this situation again,” Scanlan said.

Others appeared before Scanlan and Campbell at the committee on Tuesday, including Deputy Justice Minister François Daigle and Owen Rees, the acting deputy attorney general.

Daigle was asked why four key pages of Campbell’s notes on the April 28 call were initially withheld from the committee to review for legal privilege, among 35 pages from other senior teams.

Daigle said that while there is nothing necessarily privileged in a call with the RCMP commissioner, the legal team would have flagged any page for review if there was a reference “to the meeting of Cabinet, a reference to a Treasury Board submission or a reference to a statutory reference”. advice,” he said, among other things. 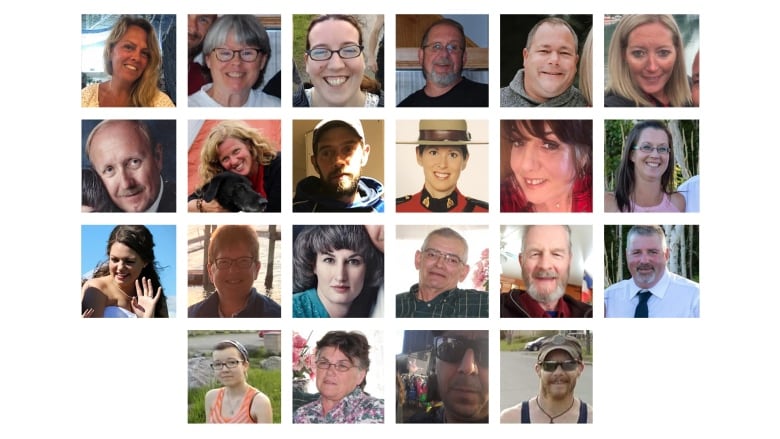 Daigle said the Justice Minister’s office had “no involvement” in deciding which documents to withhold for review, or in compiling thousands of documents for disclosure to the commission

The committee agreed Tuesday to postpone its study for now and will hold another in-camera meeting on the matter in September.