Home 24 Hour News Feed Shooting deaths of women are at a ‘new low’; A man arrested after a woman’s body was found in a bush; Salman Rushdie on the “road to recovery”

Acclaimed author Salman Rushdie has been taken off a ventilator and continues to recover after being repeatedly stabbed during an attack on stage in West New York on Friday that left him hospitalized.

“He is off the ventilator, so the road to recovery has begun,” said Rushdie’s agent, Andrew Wylie.

“It will be long, the injuries are serious. But his condition is going in the right direction.” 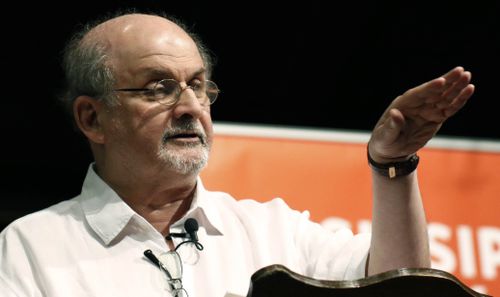 The 75-year-old award-winning author – whose writings have drawn death threats for decades – remains in critical condition, according to a family statement released overnight by his son, but was able to “say a few words” on Saturday. .

Rushdie was preparing to give a lecture at the Chautauqua Institution on Friday when a man jumped on stage and stabbed him in several places, including the neck and stomach.

Staff members and guests rushed the stage and restrained the suspect, identified as Hadi Matar, 24, of Fairview, New Jersey, before a state trooper assigned to the event took him into custody, according to New York State Police. .