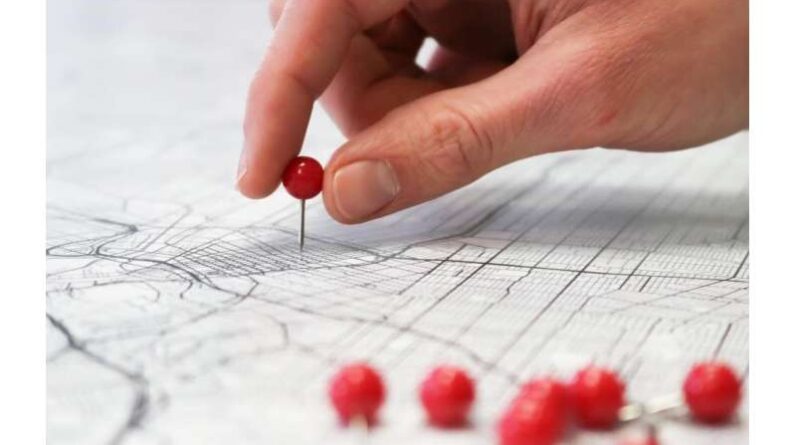 A team of scientists says they have made improvements to an algorithm that could help officials predict movements between political groups during conflict or potential conflict. Credit: Unsplash/GeoJango Maps

An improved computer model can help scientists better predict the future moves of political factions and pinpoint where they might interact with other, often rival, groups, according to Penn State researchers. Predicting such movements could provide an early warning system for potential civil strife and violence, they added.

In a study of data from a civil conflict in Nigeria, researchers report that adding a variable, called dyadic predicted distance, to a statistical model could one day lead to more accurate predictions about the movement of political groups. Dyadic spatial distance refers to the location of two or more parties to each other, as opposed to the monadic variable, which refers to the location of a single party and is used in most current models. To build this variable, the team also developed an algorithm that could project the locations of moving actors.

“Researchers have been interested in how we can predict the movement of actors in civil conflicts, as well as political conflicts, such as protest events or even more serious situations, such as lynchings and armed conflicts,” said Sangyeon Kim, a student at PhD in political science and social data analysis, Penn State. “However, there hasn’t been a serious focus on prediction in terms of using the two actors – or multiple actors – who are involved in the conflict, so our basic idea was to create a design that could help predict the location of these actors.”

The study combines both spatial modeling (how people move in space) with modeling networks—how people are connected to each other, according to Bruce Desmarais, a professor of political science and co-contractor at the Institute of Computational and Data Sciences.

“People often do spatial research or network research, but we intentionally wanted to combine and integrate these methodological tools in this project,” said Desmarais. “I think what became the spark for our team was the integration of spatial data and also relational network data, to bring these toolsets together to improve the field.”

The researchers, who published their findings in the journal Political Science Research and Methods, hope that future work will improve the model. Predicting the moves of rival political factions could lead to better ways to mediate the conflict and allocate supplies and aid, Kim said.

“One of the big questions is, ‘Where would we place aid at the national level, for example, or at the regional level?'” Kim said. “This has been a really challenging issue for both academics and practitioners, so maybe use it this methodology could help them find better locations to place aid, for example.”

The researchers said that while this preliminary work on their new model offered only a negligible difference compared to a model that used the monadic predictor variable in their current example application, they do see it as evidence that scientists could one day use the new model with precision. captures how various parts can move.

The use of these data may be one of the reasons for the small difference between the researchers’ model and the current ones using the monadic variable.

“We believe that this non-difference is largely due to the problem of the level of measurement: it is very difficult to longitudinally track the movement of armed groups with a high level of accuracy,” Kim said.

Future research may also seek alternative data for the model. In the study, the researchers relied on media reports that documented the movements of political factions, but most of the civil strife documented in this data set occurred before social media became more accessible. .

“We may be able to use, for example, social media data,” Kim said. “And, if we can show that the dyadic design also improves event predictions, that would be really interesting.”

The researchers said the model focuses on four key aspects of the groups’ location history: their average overall location, their recent movements, the locations where the groups interact, and the number of events that occur at each location.

This document is subject to copyright. Other than any fair dealing for private study or research purposes, no part may be reproduced without written permission. Content is provided for informational purposes only.