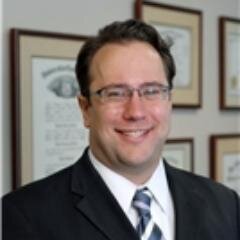 For the first time in nearly a decade since I ran for the state Senate, I will open my home to a political event this Saturday evening. Ironically, it will be for the person who currently holds the position they were hoping to hold.

Along with former state representative Cole Wist, former FirstBank CEO John Ikard and political activist Margaret Ash, I am organize a fundraiser for Brittany Pettersen. All of us are not politically affiliated, but we have decided to support Pettersen’s congressional campaign for a myriad of reasons.

First of all, Pettersen is a good, kind person and public servant. A product of Jefferson County Public Schools, Pettersen survived a difficult childhood marked by mental health disorders and substance use in his family.

It created a lifelong passion for serving others affected by similar circumstances. This led to a career in politics.

I can attest that it is not a political act either. Pettersen is not one person in public and another behind closed doors. She lives a few blocks from me and I often stop by her house to say hello or go for a walk with her husband Ian, their dog and their toddler.

Most of the time, when we walk out the door, Pettersen is sitting at the kitchen table surrounded by paper and a laptop while making calls to push the policy she cares about. I get a greeting and he smiles and I know he is fighting for me and all the constituents in his district.

That’s more than enough to earn my vote.

At the same time, my support for Pettersen is also a stance against autocratic government. I cannot and will not stand aside as the democratic pillars of our country are torn apart by a political party forced upon a tyrant.

Before Pettersen, I gave this cycle exclusively to Republicans who I thought could help that cause. I contributed to Pam Anderson because she has been a staunch defender of electoral integrity in a party that prefers unfounded conspiracy theories. I donated to Don Coram and his quixotic quest to overturn the Congressional bloodlust rhetoric.

Sen. Lisa Murkowski of Alaska received an online donation after I had the opportunity to meet her at a small dinner last year and saw firsthand that her independent attitude toward politics is genuine. He voted for former President Donald Trump, but should retain his seat thanks to Alaska’s only non-partisan, ranked primary election system

And of course I helped fill Rep. Liz Cheney’s campaign coffers. He has become the avatar of the people who put country and principles above party and power. She can have he lost his seat in Congress on Tuesday, but he never missed it.

The same cannot be said for the members of the GOP in power in Washington, DC

Ultimately, I cannot support someone who supports leadership that will push us into the abyss. I don’t know much about Pettersen’s opponent, I didn’t even know he is an election denier until Wist pointed it out on Twitter, but I know he would support a party opposed to the peaceful transition of power.

If Pettersen does not win in 2022, we will be one step closer to electoral chaos in 2024. A majority of the US House of Representatives refusing to certify the presidential election of a member of the opposition party would do more ill to all the rioters of January 6. In fact, they would overturn the world’s oldest democracy.

I suspect this dynamic is exactly what has pushed former Republicans like Wist and myself, and unaffiliated voters like Ikard and Ash (both of whom are also co-hosts), to support Pettersen and Democrats like her across the country.

Pettersen will be a strong voice for Colorado in Congress. In addition, she will be an ardent defender of our democracy. If you agree, feel free to stop by next Saturday night. It may be your last chance for another 10 years.

The Colorado Sun is a nonpartisan news organization and the opinions of the editorial columnists and writers do not reflect the opinions of the newsroom. Read our ethics policy to learn more about The Sun’s opinion policy, and submit columns, suggest writers or provide feedback to opinion@coloradosun.com.

We believe that vital information should be seen by the people affected, whether it’s a public health crisis, investigative reporting or holding lawmakers accountable. This report depends on the support of readers like you.