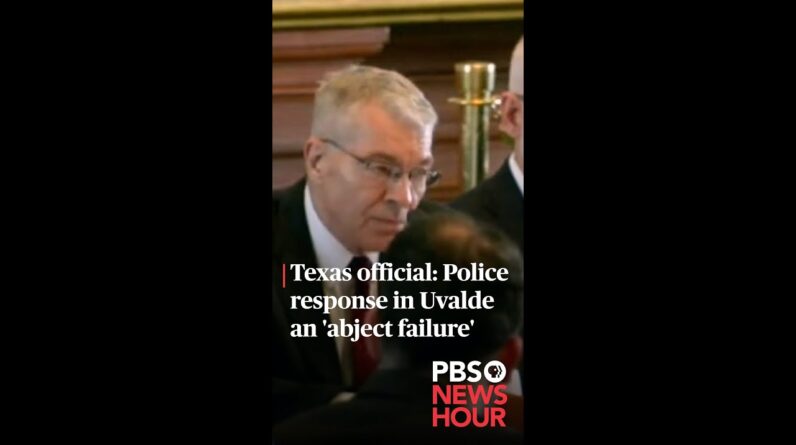 The Texas state Senate held a hearing Tuesday as it investigates the police handling of the May 24, school shooting in Uvalde, Texas. The director of the Texas Department of Public Safety, Steve McCraw, testified that enough officers were on scene to stop the gunman three minutes after he had entered the school. McCraw called the police response to the massacre an “abject failure.”

In his testimony to the committee, McCraw laid out a series of miscommunication and other breakdowns that took place during the response. He also testified that Uvalde school district police chief Pete Arredondo made the decision to put the lives of officers over the lives of the children in the classroom. Arredondo has said that he assumed someone else had taken charge of the law enforcement response, but has declined interview requests from the Associated Press.

This video was produced and edited by Julia Griffin, Yasmeen Alamiri, Kenichi Serino and Matt Rasnic.