Home 24 Hour News Feed The week in politics: from Washington to Minnesota 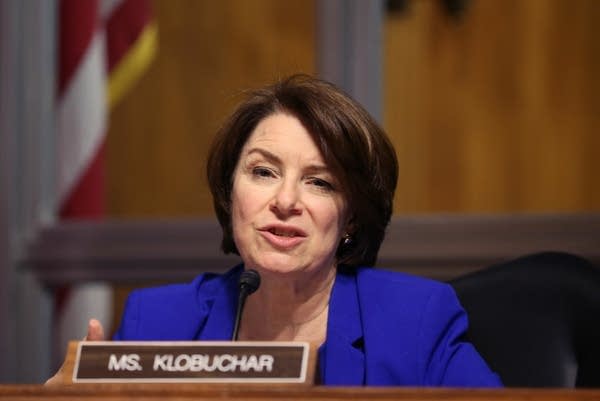 It seems surprising and even a little unusual, but lawmakers in Washington have actually been passing bills.

President Joe Biden signed what Democrats are calling the Inflation Relief Act this week, and the news reverberated across Minnesota.

The law is much smaller than the “Build Back Better” plan Biden originally wanted, but it’s still pretty big. Democrats say it will lower costs for families, combat the climate crisis, reduce the deficit and raise taxes on big business.

It also caps prescription drug prices for Medicare recipients and, for the first time, will allow Medicare to begin negotiating some drug prices with drug companies.

Republicans have a totally different view. Remember, this law was passed without Republican votes. They say it will raise taxes on the middle class and raise inflation, though Democrats insist it won’t raise taxes on businesses and families making less than $400,000 a year.

“President Biden and the Democrats lied when they promised not to raise taxes on the middle class,” Minnesota Republican Party Chairman David Hann said in a statement. “We will hold Minnesota Democrats in Congress accountable for this massive tax hike this November.”

Democrats believe the passage of the law and other recently enacted legislation have the potential to change the conversation heading into the midterm elections.

At an event in Bloomington this week to celebrate another law the president recently signed that’s designed to bolster the semiconductor industry and help the U.S. compete with China, Klobuchar said Democrats are doing a lot with those two pieces of legislation. , gun safety legislation and more. And he believes voters will realize what’s going on.

“People during the pandemic and for the previous four years lost a lot of faith in the government, and they saw it as people in the middle of a food fight every day,” Klobuchar said. “And what we have done this summer is to change the narrative. We actually did things. Only a few Democrats, but a good number were bipartisan. And this is important for our country’s faith in democracy.”

Klobuchar, who is not on the ballot this year, repeatedly raised the issue of Medicare and drug negotiations while campaigning for the presidency in 2020 and has pushed the issue in the Senate.

And while some Democrats, including Minnesota U.S. Rep. Dean Phillips, say they don’t want Biden on the ballot again in 2024, Klobuchar is standing by Biden.

“I’ve made it very clear that I’m supporting the president and I think he said he’s running. I mean, that’s what he said. And so I will support him,” Klobuchar said.

Meanwhile, the talk in the governor’s race this week has been about debates, not necessarily the big issues.

Walz declined an invitation from MPR News to debate his Republican opponent Scott Jensen at the State Fair starting next Thursday. 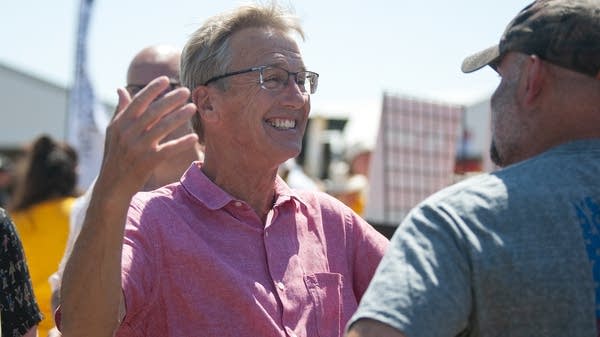 “He may be running for governor, but the bigger question is what is he running for?” Jensen said in a video posted on Twitter. “Because he’s clearly not rushing into a discussion of the issues you might want. He’s not interested in having an open conversation with me in front of you, so you can make the decision you need to make when you vote.”

The two debated a couple of weeks ago at Farmfest in a heated exchange.

The governor told MPR News last week that he will debate Jensen again, but said he is wary of giving Jensen a platform where he can spread false information about COVID-19 without being challenged.

Walz has raised far more campaign money than Jensen, so it makes sense that Jensen would want to have more debates where he can get TV coverage and other media attention that Walz can afford to buy through paid advertising.

Meanwhile, the Walz campaign pressed Jensen and his running mate Matt Birk to release their tax returns. Both Walz and Lt. Gov. Peggy Flanagan have released several years of their tax returns, noting that DFL and GOP candidates have done so in past gubernatorial campaigns.