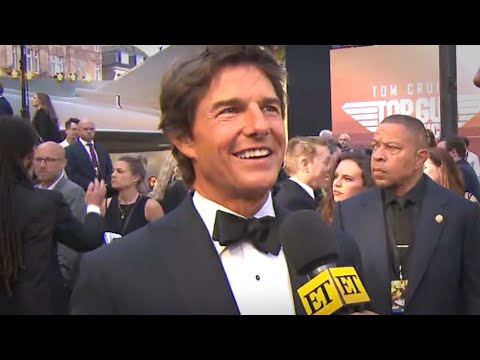 ET chats with Tom Cruise at the Royal Premiere for ‘Top Gun: Maverick’ in London. The actor confirms he held a private screening of the sequel for ‘Top Gun’ superfan Prince William, and confesses he wants to go flying with his fellow aviator! He also shares a brief update on his planned SpaceX-themed movie and reveals he’s still filming the next two installments in the ‘Mission: Impossible’ franchise. Cruise explains why it took 38 years to get a ‘Top Gun’ sequel on the big screen and reflects on his long career, calling it ‘a pursuit of adventure.’

How the upcoming Wisconsin election is shaping and influencing national politics