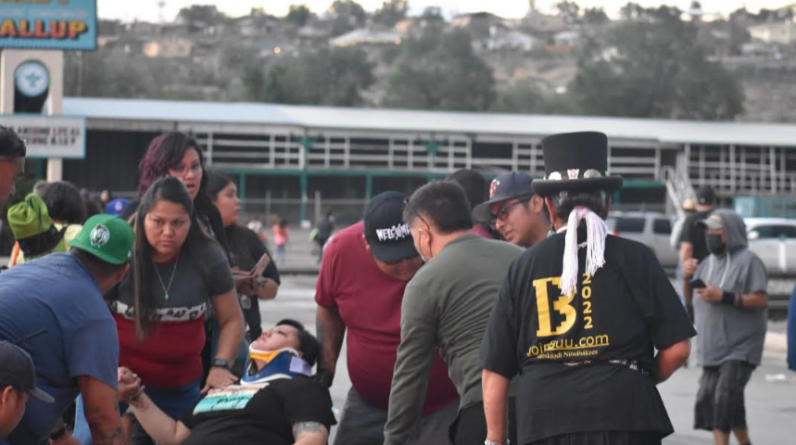 Update at 11:30 a.m. EST: A spokesman for the city of Gallup has confirmed that three suspects were in the vehicle that was passing through the parade. All three have been taken into custody and their names have not been released, but multiple sources have shared with Native News Online that all of the suspects are American Indians.

Breaking news. A night meant for celebration turned into chaos at the start of the 100th annual Gallup Intertribal Ceremony Parade in downtown Gallup, New Mexico, on Thursday evening when a truck targeted the crowd of people

Never miss breaking stories and news from Indian Country. Sign up to receive our reports delivered directly to your inbox every weekday morning.

He said the truck came out of nowhere moments after Navajo Nation President Jonathon Nez appeared during the parade and ended up crashing into a nearby jewelry store, Red Shell Jewelry.

“People were screaming,” Hawk-Birdshead said of the incident Thursday night. “It was horrible to witness. I can’t imagine the trauma this has caused people.” 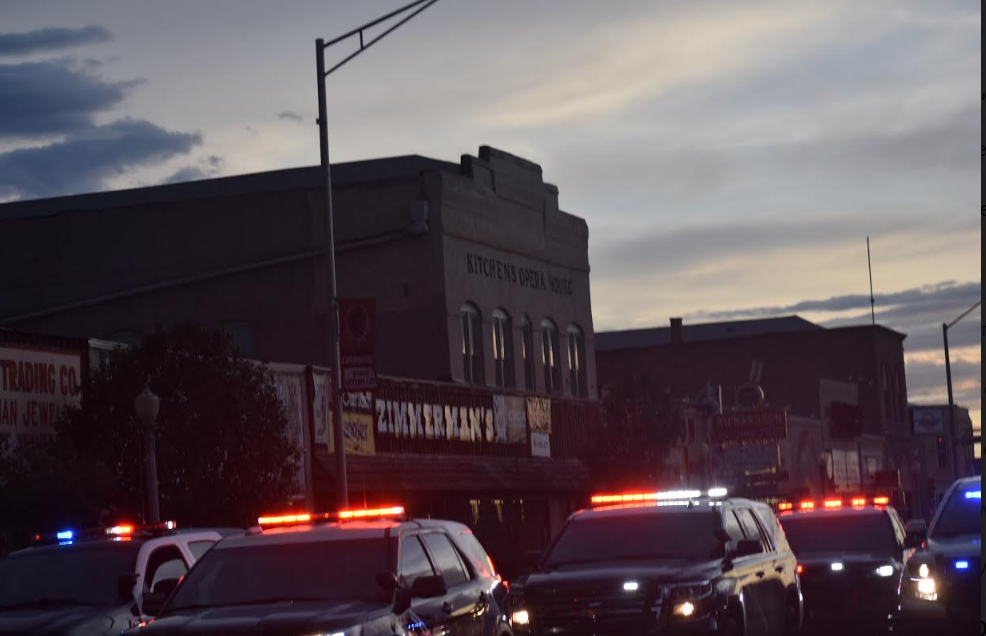 Police in Gallup, New Mexico, stop a car and two passengers for driving through the 100th Gallup Intertribal Parade on Thursday, August 4, 2022. (Photo/Courtesy)

KOAT reported that the City of Gallup said the vehicle did not hit any parade spectators or participants. However, reports in Native News Online show scenes of people injured and taken away in ambulances. Native News Online has not confirmed that the truck hit any parade-goers, but the truck targeting the parade-goers may have sparked a crowd commotion that was attributed to the chaos that resulted in injuries.

“Navajo Nation Chairman Jonathan Nez is asking for prayers this evening after a vehicle drove through the Gallup Intertribal Ceremony Parade this evening in downtown Gallup.

According to KOAT, the driver and two others inside the vehicle that entered the parade were arrested several blocks from the parade route.

Gallup is a border town with the Navajo Nation. Almost half of its residents are Native Americans (47.7%).

This is breaking news and will be updated as more information becomes available.

Do you value a native perspective on the news?

Over the past decade, we’ve covered important Indigenous stories that are often overlooked by other media. From the protests at Standing Rock and the toppling of settler statues during racial justice protests, to the ongoing epidemic of murdered and missing indigenous women (MMIW) and the overdue accounts related to assimilation, cultural genocide and Indian boarding schools, we have been there to provide a native perspective and elevate native voices.

Our news is free for everyone, but not free to produce. That’s why we’re asking you to donate this month to help support our efforts. Any contribution, big or small, helps us continue to be a force for change in Indian Country and continue to tell stories that are often ignored, erased or overlooked. Most often, our donors make a one-time gift of $20 or more, while many choose to make a recurring monthly donation of $5 or $10. Whatever you can do, help fund our Indigenous-led newsroom and our ability to cover Indigenous news.

Author: Darren ThompsonE-mail: This email address is being protected from spam bots. You need JavaScript enabled to view it.

Darren Thompson (Lac du Flambeau Ojibwe) is a freelance journalist based in the Twin Cities, Minnesota, where he also contributes to Unicorn Riot, an alternative media publication. Thompson has reported on political unrest, tribal sovereignty and Indigenous issues for Aboriginal Peoples Television Network, Indian Country Today, Native News Online, Powwows.com and Unicorn Riot. He has contributed to the New York Times, the Washington Post and the Voice of America on various indigenous issues in international conversations. He holds a BA in Criminology and Legal Studies from Marquette University in Milwaukee, Wisconsin.