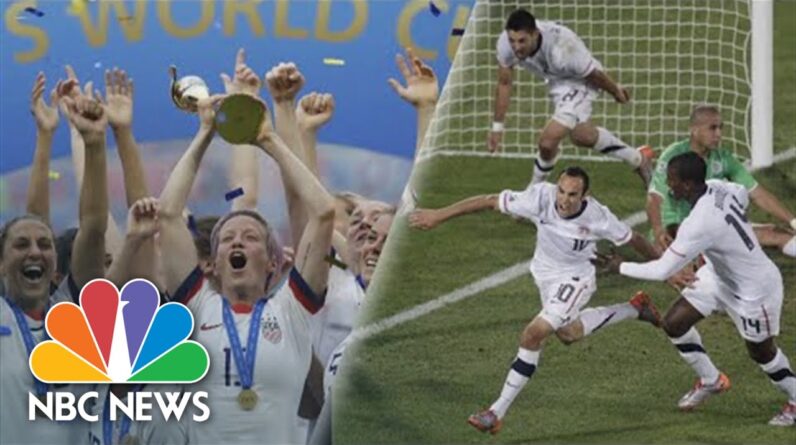 The Unions for the U.S. Men’s and Women’s National Teams and U.S. Soccer announced the new historic bargaining agreement after a federal wage complaint was filed in 2016. Earlier this year, a settlement was reached in a lawsuit made in 2019 that included $22 million back pay. With the new agreement, U.S. Soccer will pool World Cup prize money and split it between the men’s and women’s teams. » Subscribe to NBC News: http://nbcnews.to/SubscribeToNBC
» Watch more NBC video: http://bit.ly/MoreNBCNews