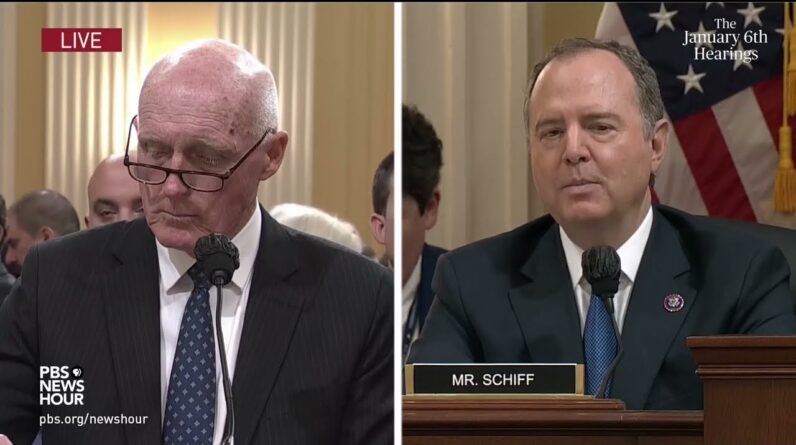 During a public hearing of the Jan. 6 select committee on June 21, Rep. Adam Schiff, D-Calif., explored how former President Donald Trump and his campaign were “directly involved in advancing and coordinating the plot to replace legitimate [Joe] Biden electors with fake electors not chosen by the voters.”

In a video played during the hearing, investigative counsel Casey Lucier explained how, according to testimony, people close to Trump, including attorney Rudy Giuliani former White House chief of staff Mark Meadows, began to organize fake electors in the weeks after the election.
As Trump lost various legal bids challenging the outcome of the election, his campaign lawyers “became convinced that convening electors in states that Trump lost was no longer appropriate,” Lucier said in the presentation. The White House counsel’s office also concluded that the strategy was not legally viable, according to a deposition from a former aide to Mark Meadows.

Lucier also shared details about a plot among fake electors in Michigan to meet and hide overnight in the state Capitol in order to “fulfill the role of casting their vote, per law in the Michigan chambers.” The committee also shared examples of fake elector certificates in comparison to real ones.
The hearing was the fourth of several planned by the Jan. 6 committee to present its findings to the public. It focused on Trump’s efforts to pressure state legislators and local election officials to change the results of the 2020 presidential election. In the year since its creation, the committee has conducted more than 1,000 interviews, seeking critical information and documents from people witness to, or involved in, the violence that day.