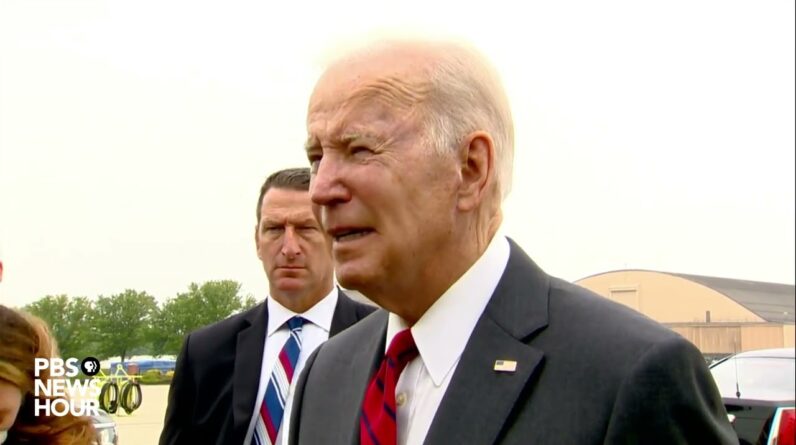 “If this decision holds, it’s really quite a radical decision,” Biden told reporters while boarding Air Force One.

Biden said the draft opinion essentially touches many decisions “relating to your private life, who you marry, whether or not you decide to conceive a child or not, whether [you] can have an abortion,” along with a range of others.

Biden said it would “make sense” to make law that would guarantee the right to an abortion across the nation. However, he demurred when asked whether he would support ending the filibuster to codify abortion rights into federal law.

On Monday, Politico published a draft opinion from the court written earlier this year, outlining why the majority of justices felt that both Roe, the 1973 decision that guaranteed constitutional protections of abortion rights, and 1992’s Planned Parenthood v. Casey, which affirmed it, were wrongly decided.

As written, the opinion would allow states to determine whether abortion should be legal. It is not clear whether legislation to create a national right to abortion would pass the Senate. Democrats have the thinnest of majorities in the chamber and any reproductive rights legislation would need to overcome a filibuster. Earlier this year, a Democratic effort to change filibuster rules to pass voting rights legislation failed when two Democrats, Sen. Joe Manchin, D-W.Va., and Sen. Kyrsten Sinema, D-Ariz., voted against it.