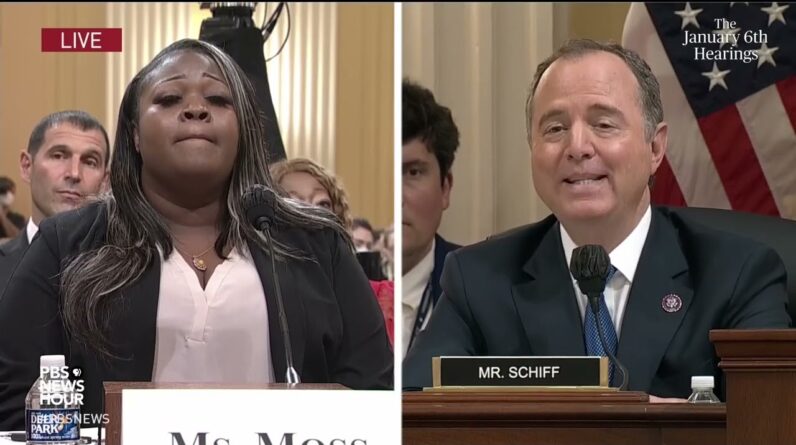 In the course of four hearings, the House committee investigating the Jan. 6 attack on the U.S. Capitol has been methodically laying out the events that led to a pro-Trump mob breaching the building in an effort to stop Congress’ count of Electoral College votes.

The June 21 hearing, in part, focused on how Trump’s baseless election fraud claims wreaked havoc on the lives of election workers and their families.

Trump falsely accused Wandrea ArShaye “Shaye” Moss and her mother, Ruby Freeman, of feeding thousands of rigged ballots through voting machines while working for the Fulton County elections board on Election Day in Georgia.

Both election workers were seen in a video of them processing ballots, which was heavily circulated among right-wing online circles, conservative media outlets and Trump allies as proof of voter fraud. Claims about the video were widely debunked.

Moss and Freeman described the onslaught of online harassment and threats they endured. Moss also described how people showed up to her grandmother’s home who threatened to do a citizen’s arrest.

Freeman, known as “Lady Ruby,” said in her recorded testimony that she lost her sense of security.

“There is nowhere I feel safe. Nowhere. Do you know how it feels to have the president of the United States target you?” she said, through tears. “He targeted me, Lady Ruby, a small business owner, a mother, a proud American citizen who stand up to help Fulton County run an election in the middle of a pandemic.”