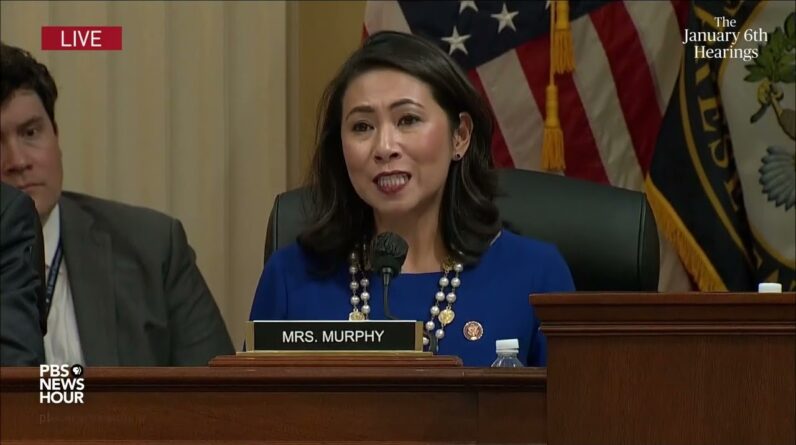 Rep. Stephanie Murphy, D-Fla., spoke on July 12 as the House committee investigating the Jan. 6 attack presented its findings to the public. The focus of the hearing was on extremist far-right groups like the Proud Boys and the Oath Keepers and the role they played in the Capitol insurrection.

She laid out a series of facts that pointed to the people who told former President Donald Trump he had lost the election fair and square. Taped testimony of former press secretary Kayleigh McEnany, Trump’s daughter and advisor Ivanka Trump, and Pat Cipollone, former White House counsel, backed up these claims.

“Did I believe he should concede the election, at a point in time? Yes I did,” Cipollone said. “I believe [Republican] Leader [Mitch] McConnell went onto the floor of the Senate, I believe, in mid-December, and basically said the process is done. That would be in line with my thinking on these things.”
Murphy also played clips of former Attorney General Bill Barr, as well as former aide Cassidy Hutchinson, both of whom said they had told Trump the election was called and that it was time to move on.