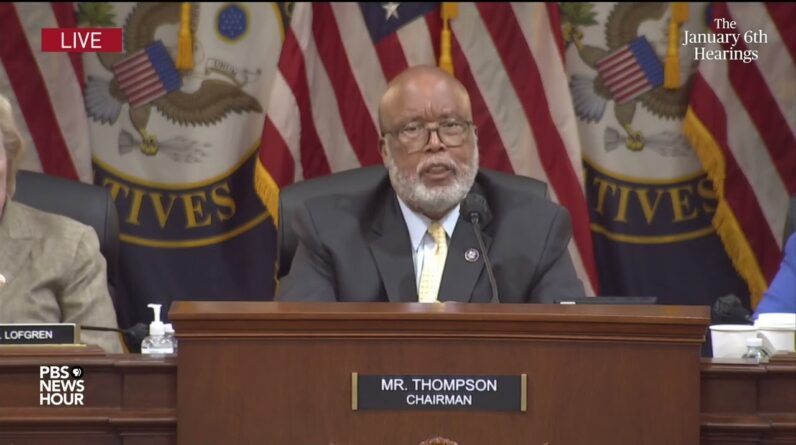 Rep. Bennie Thompson, D-Miss., called former President Donald Trump the “center of [the] conspiracy” that the 2020 election was not valid, as he opened a series of hearings from the House committee investigating the attack.

The violence on Jan. 6 was “the culmination of an attempted coup. A brazen attempt, as one rioter put it shortly after Jan. 6, to overthrow the government,” Thompson said.
“The violence was no accident. It represented Trump’s last stand, [his] most desperate chance to halt the transfer of power,” he added.

The hearing June 9 was the first of several planned by the Jan. 6 committee in the coming weeks. In the year since its creation, the committee has conducted more than 1,000 interviews, seeking critical information and documents from people witness to, or involved in, the violence that day.