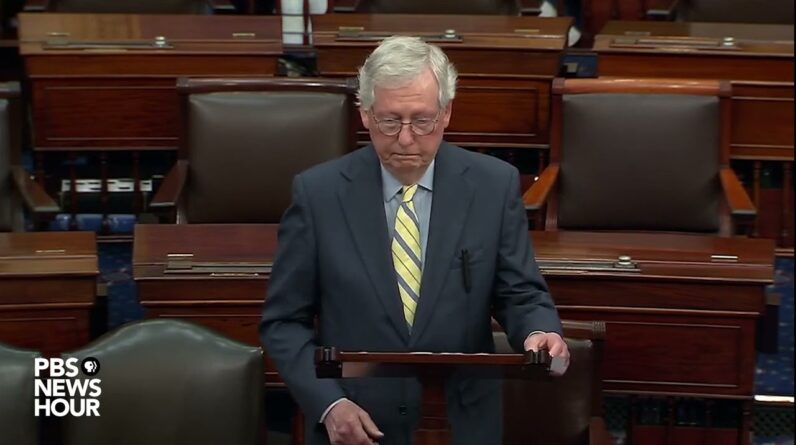 Senate Minority Leader Mitch McConnell, R-Ky., called the leak of a Supreme Court draft opinion that supports overturning the landmark Roe v. Wade ruling as part of an “attack” by the “radical left” on the independence of the court.

“Last night a shocking, shocking new breach, somebody – likely somebody inside the court itself – leaked a confidential internal draft to the press, almost certainly in an effort to stir up an inappropriate pressure campaign to sway an outcome,” McConnell said on the Senate floor Tuesday.
On Monday, Politico published a draft opinion from the court written earlier this year, outlining why the majority of justices felt that both Roe, the 1973 decision that guaranteed constitutional protections of abortion rights, and 1992’s Planned Parenthood v. Casey, which affirmed it, were wrongly decided.

As written, the opinion would allow states to determine whether abortion should be legal. It is not clear whether legislation to create a national right to abortion would pass the Senate.