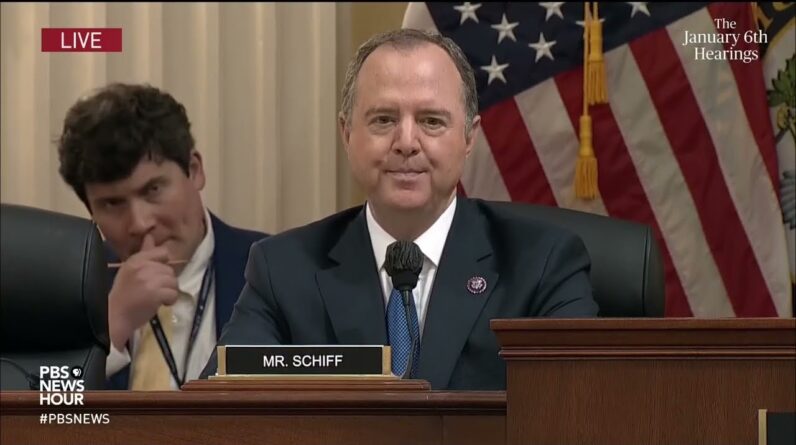 Rep. Adam Schiff, D-Calif., spoke on June 21 during a public hearing before the House committee investigating the Jan. 6 attack.

Schiff outlined the many ways former President Donald Trump fought to stay in power despite losing the 2020 election, including efforts by his campaign to install false “electors” in battleground states with “phony certificates” to be transmitted to Congress for the Electoral College vote count on Jan. 6.

“According to federal District Judge David Carter, former President Trump and others likely violated multiple federal laws by engaging in this scheme, including conspiracy to defraud the United States,” Schiff said. “You will hear evidence of the former president and his top advisers’ direct involvement in key elements of this plot, or what judge Carter called a ‘coup in search of a legal theory.’”

Schiff also spoke about the “dangerous and escalating campaign of pressure” that Trump mounted against officials who would not stop the counting of votes in their states, leading to harassment and threats at people’s doorsteps that made them fear for their lives.