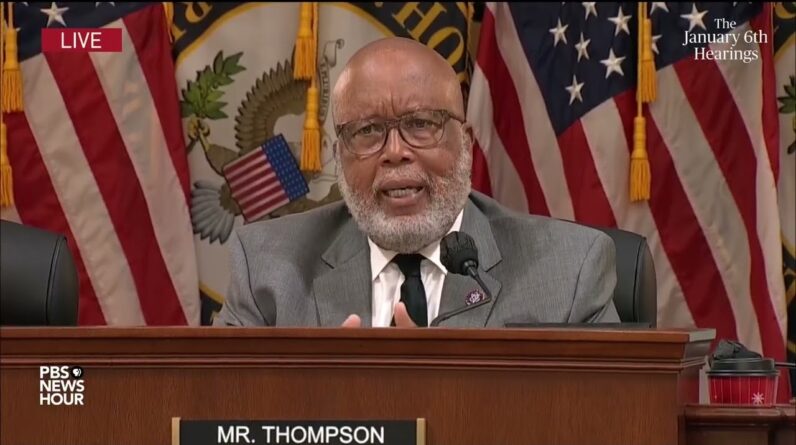 Rep. Bennie Thompson, D-Miss., made his opening statement on June 13 as the House committee investigating the Jan. 6 attack presented its findings to the public.
Thompson said that former president Donald Trump refused to accept “the will of the people” even after litigating his loss of the 2020 presidential election in court, and losing.
“He betrayed the trust of the American people. He ignored the will of the voters. He lied to his supporters and the country. And he tried to remain in office after the people had voted him out, and the courts upheld the will of the people,” Thompson said.
Thompson added that during Monday’s hearing, the committee would tell the story of how Trump lost the election, knew he lost the election, attempted to rob the American people of their voice in democracy and, in doing so, “lit the fuse” of the Jan. 6 insurrection.
The hearing was the second of several planned by the Jan. 6 committee that focused on how Trump actively spread false information about the 2020 election outcome – what has become known as the “big lie” – in the run up to the Jan. 6 insurrection. In the year since its creation, the committee has conducted more than 1,000 interviews, seeking critical information and documents from people witness to, or involved in, the violence that day.