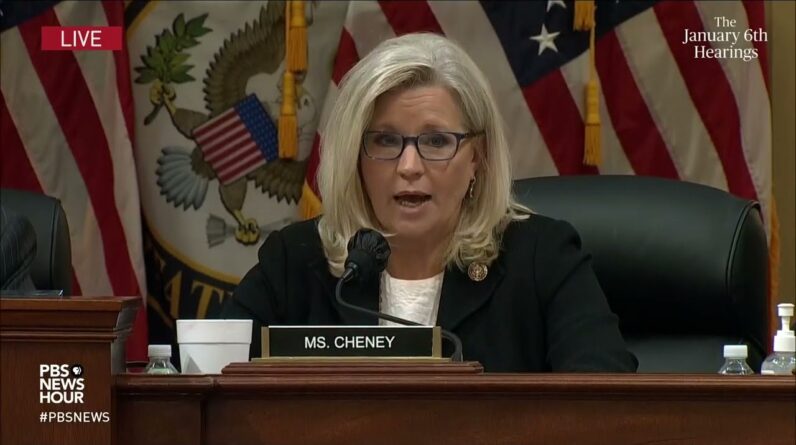 Rep. Liz Cheney, R-Wyo., gave an opening statement on July 12 as the House committee investigating the Jan. 6 attack presented its findings to the public. The focus of the hearing was on extremist far-right groups like the Proud Boys and the Oath Keepers and the role they played in the Capitol insurrection.

She said Pat Cipollone, a former counsel to the White House, gave a taped testimony to the committee. Cheney also said that the committee has established keys facts, including that “virtually everyone close” to Trump, including his advisers, all told the former president that the election was not stolen.

“President Trump is a 76-year-old man. He is not an impressionable child. Just like everyone else in our country, he is responsible for his own actions and his own choices,” Cheney said in her opening remarks. “As our investigation has shown, Donald Trump had access to more detailed and specific information showing that the election was not actually stolen than almost any other American, and he was told this over and over again. No rational or sane man in his position could disregard that information and reach the opposite conclusion.”

Cheney added that Trump “cannot escape responsibility by being willfully blind, nor can any argument of any kind excuse President Trump’s behavior during the violent attack on January 6th.”
In the year since its creation, the committee has conducted more than 1,000 interviews, seeking critical information and documents from people witness to, or involved in, the violence that day.