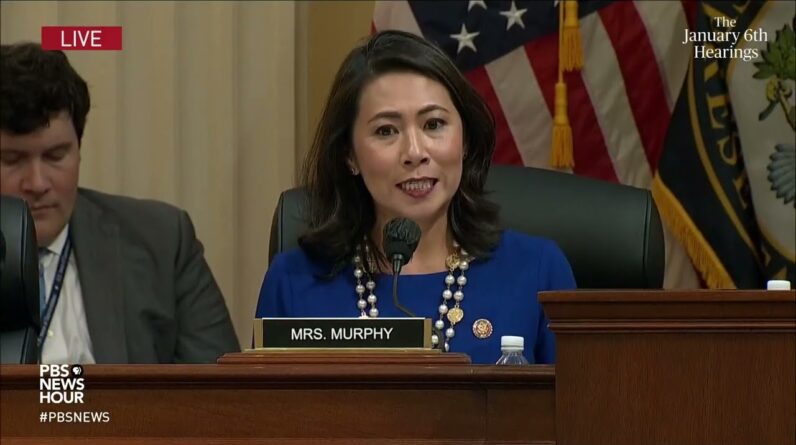 Rep. Stephanie Murphy, D-Fla., gave an opening statement on July 12 as the House committee investigating the Jan. 6 attack presented its findings to the public. The focus of the hearing was on extremist far-right groups like the Proud Boys and the Oath Keepers and the role they played in the Capitol insurrection.

She gave a quick summary of past Jan. 6 committee hearings that led to the narrative of how he insisted voter fraud was the cause of his loss and pressured people to believe and act on this “Big Lie.”

Murphy said Trump “relentlessly pursued multiple interlocking lines of effort, all with a single goal: to remain in power despite having lost.”

“The lines of effort were aimed at his loyal vice president, Mike Pence, at state election and elected officials and at the U. S. Department of Justice,” she added.