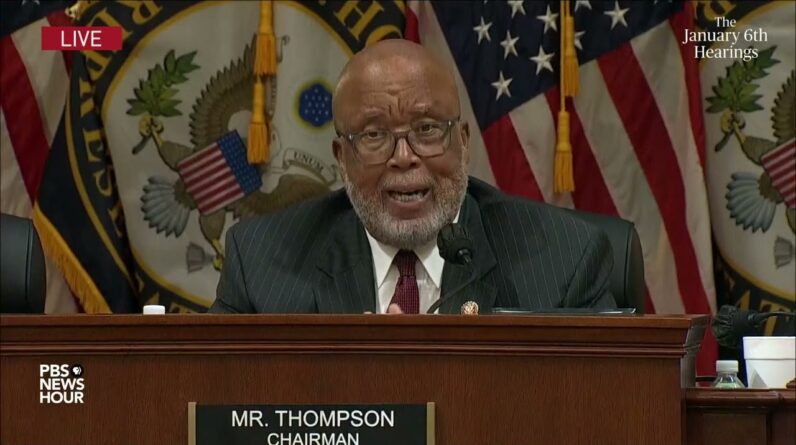 Rep. Bennie Thompson, D-Miss., gave an opening statement on July 12 as the House committee investigating the Jan. 6 attack presented its findings to the public. The focus of the hearing was on extremist far-right groups like the Proud Boys and the Oath Keepers and the role they played in the Capitol insurrection.

Thompson spoke about the importance of allowing the people within a democracy to settle their differences at the ballot box, adding that any leader who sees their supporters attempt to use harassment, violence or intimidation to achieve a desired outcome “has a responsibility” to intervene and say “stop.”

Even after Joe Biden was confirmed the president-elect of the United States in late 2020, many supporters of former president Donald Trump were convinced that his election was illegitimate due to the rhetoric Trump was spreading at the time. Rather than tell his supporters “we did our best and came up short,” Thompson said, Trump leaned in.

“He seized on the anger he had already stoked among his most laws, supporters and as they approached the land. He didn’t wave them off. He urged them on,” Thompson said.
In the year since its creation, the committee has conducted more than 1,000 interviews, seeking critical information and documents from people witness to, or involved in, the violence that day.