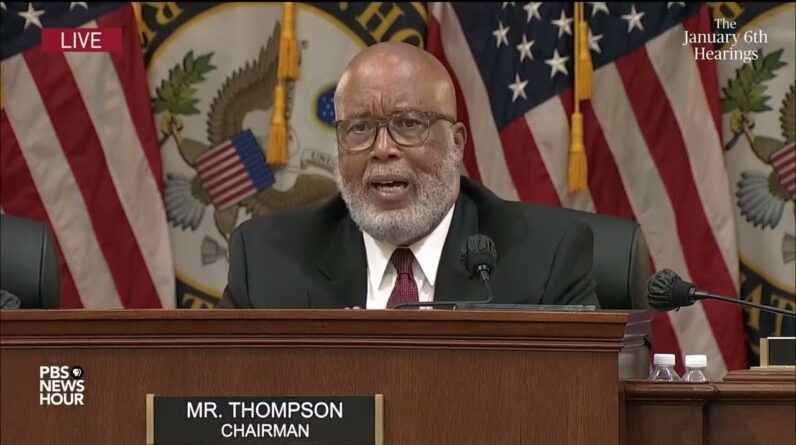 Rep. Bennie Thompson, D-Miss., chair of the House committee investigating the Jan. 6 attack, made an opening statement at the start of the public hearing on June 21.

Thompson offered a refresher on how U.S. elections work as a state-by-state voting system, where officials at the state and local level help oversee the counts. He said that when former President Donald Trump tried to overturn the election results, he focused on a few states, wanting those officials to falsely “say the vote was tainted by widespread fraud.”

“When they wouldn’t embrace the ‘big lie’ and substitute the will of the voters with Donald Trump’s will to remain in power, Donald Trump worked to ensure they’d face the consequences. Threats to people’s livelihoods and lives. Threats of violence that Donald Trump knew about and amplified,” he said.

“Democratic institutions aren’t abstractions or ideas,” Thompson added. “They are local officials who oversee elections, secretaries of state, people in whom we placed our trust that they will carry out their duties.”

Thompson told an anecdote about New Mexico primaries conducted earlier in June, when several county commissioners refused to certify the votes, until the courts stepped in to say they are required by law to certify the votes. One commissioner, Couy Griffin, was convicted back in March for entering the U.S. Capitol on Jan. 6, 2021.