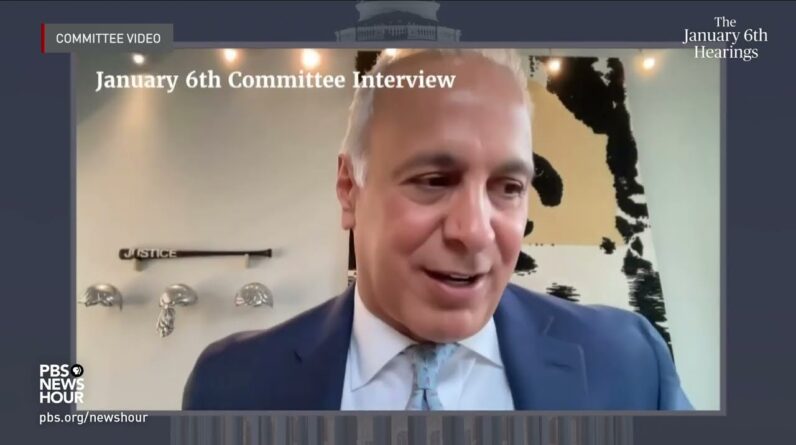 Rep. Jamie Raskin, D-Md., spoke on July 12 as the House committee investigating the Jan. 6 attack presented its findings to the public. The focus of the hearing was on extremist far-right groups like the Proud Boys and the Oath Keepers and the role they played in the Capitol insurrection.

He laid out a video montage from former White House administration staff, top officials, among others surrounding former President Donald Trump about what avenues he had to fight the election results in a meeting on Dec. 18, 2020, that went into the early morning of December 19. The meeting included lawyer Sidney Powell, White House lawyer Rudy Giuliani and White House counsel Pat Cipollone.

Derek Lyons, former White House staff secretary, said in a taped testimony that the meeting, which ended shortly after midnight, was chaotic.

“At times there were people shouting at each other, hurling insults at each other,” he said. “It wasn’t just sort of people sitting around on the couch like chit chatting.”

At one point in the meeting, the president asked if he could appoint Sidney Powell as a special advisor with security clearance, but it was never formally approved, according to taped testimony from Cipollone.

Raskin said once the meeting was over and Powell, Giuliani and others “left the White House in the early hours of the morning, President Trump turned away from both his outside advisers most outlandish and unworkable schemes and his White House counsel’s advice to swallow hard and accept the reality of his loss.”