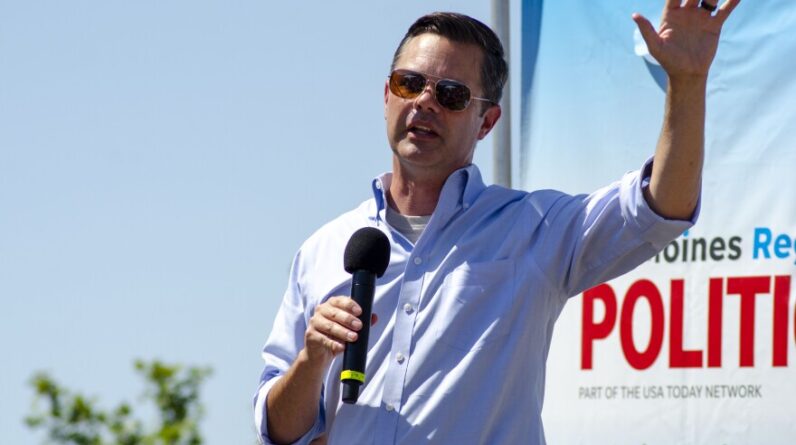 Republican congressional candidate Zach Nunn said Saturday at the Iowa State Fair that his priority in Washington will be pushing for more tax cuts in Washington for Iowans.

Nunn, a Republican from Bondurant, is serving as a state senator and is challenging incumbent Democrat Cindy Axne, who is seeking a third term for her 3rd District seat.

Axne is currently the only Iowa Democrat serving in Congress.

On the Des Moines Register Political Soapbox, Nunn promised to push for tax cuts for those making less than $200,000 a year at the federal level, something he has also supported in the state Senate.

“What we need to do is take what has worked so well here in Iowa and bring it back. Bring the tax dollars back and see what happens to the economy like here in Iowa,” he said.

“The so-called Inflation Reduction Act added almost another trillion dollars to government spending at a time when Iowans are being told you should spend less, you should tighten your belt, but we’re going to go ahead and we’re going to print more money and spend more tax dollars on projects,” Nunn said.

Axne is scheduled to speak on the Political Soapbox on Wednesday.